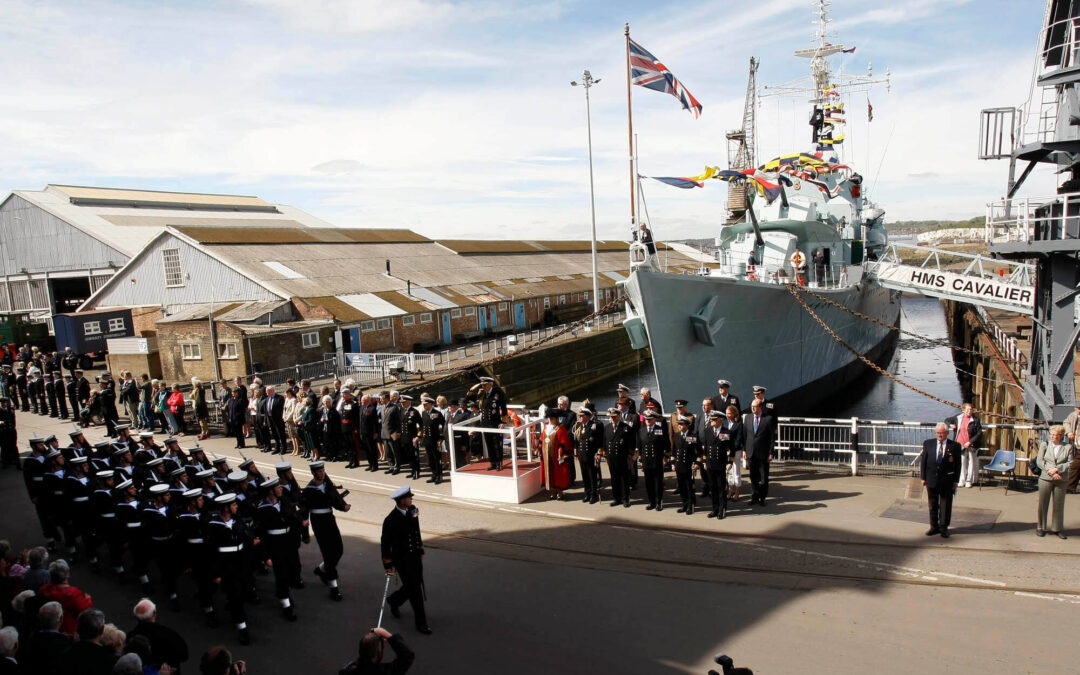 On the 5th April 2014 the Cavalier Association celebrated the launch of H.M.S. Cavalier R73. The launch took place on the 7th April 1944 at J.S. Whites Yard, Cowes, Isle of Wight.

HMS Cavalier was the last destroyer built in the 2nd World War to be decommissioned in 1972. She is now a museum ship at Chatham Historic Dockyard.

Admiral The Lord Boyce taking the salute and standing to the left, the Lord-Lieutenant (c) Peter Still

The Lord-Lieutenant attended the event which began with a celebration of a Service of Thanksgiving in the Dockyard Church. This was followed by a march past by of a Guard of Honour found by HMS Lancaster accompanied by the Band of The Royal Marines, HMS Collingwood.  The salute was taken by Admiral the Lord Boyce KG GCB OBE, below the bows of the ship, and immediately alongside the Destroyer Memorial to the 142 ships and 11,000 men who lost their lives in the 2nd World War. The Guard was followed by 25 Standards of the Royal British Legion, the Merchant Navy and RNLI who were followed in the march past, in turn by Members of the Cavalier Association and Sea Cadets of  TS Invincible.

Following the march past “Up spirits” was piped and all those in attendance toasted HMS Cavalier with a tot of rum.