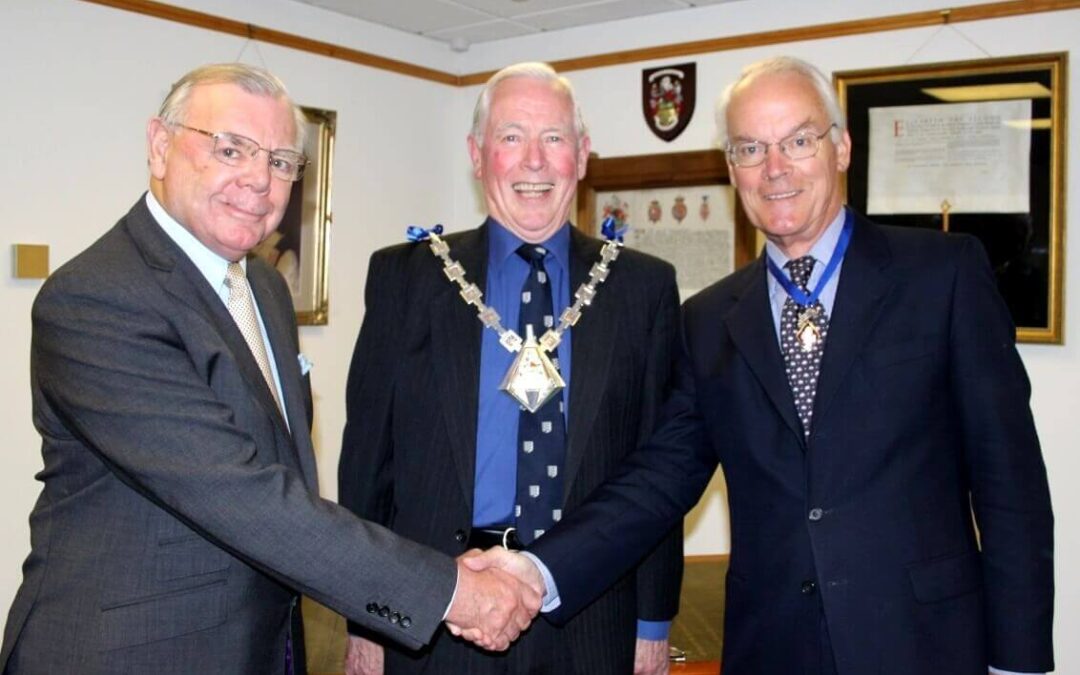 The Mayor of Ashford has welcomed the new Link Deputy Lieutenant for the Ashford area to his post.

The Mayor & Mayoress of Ashford (Cllr. John & Mrs Jill Link) hosted an afternoon tea on Wednesday 28th May for the new Ashford Link Deputy  Lieutenant of Kent and his predecessor.  Retiring Deputy Lieutenant Colonel Peter Bishop (Ret’d) stepped down from his post with responsibility for the Ashford area, and passed the baton to Mr. James Loudon, who was accompanied by his wife Mrs Jane Loudon.

Mr James Loudon, from Wye near Ashford, was first appointed as a Deputy Lieutenant in August 2011 and has taken over responsibility for the Ashford area since 12 June 2014.

There are around 70 Deputy Lieutenant appointments in Kent , supporting the work of the Lord Lieutenant. Deputy Lieutenants are honoured for their contribution to the nation and/or the county. For further information on the Kent Lieutenancy, contact Joanne Holmes on Tel: 01622 696383; email: [email protected]