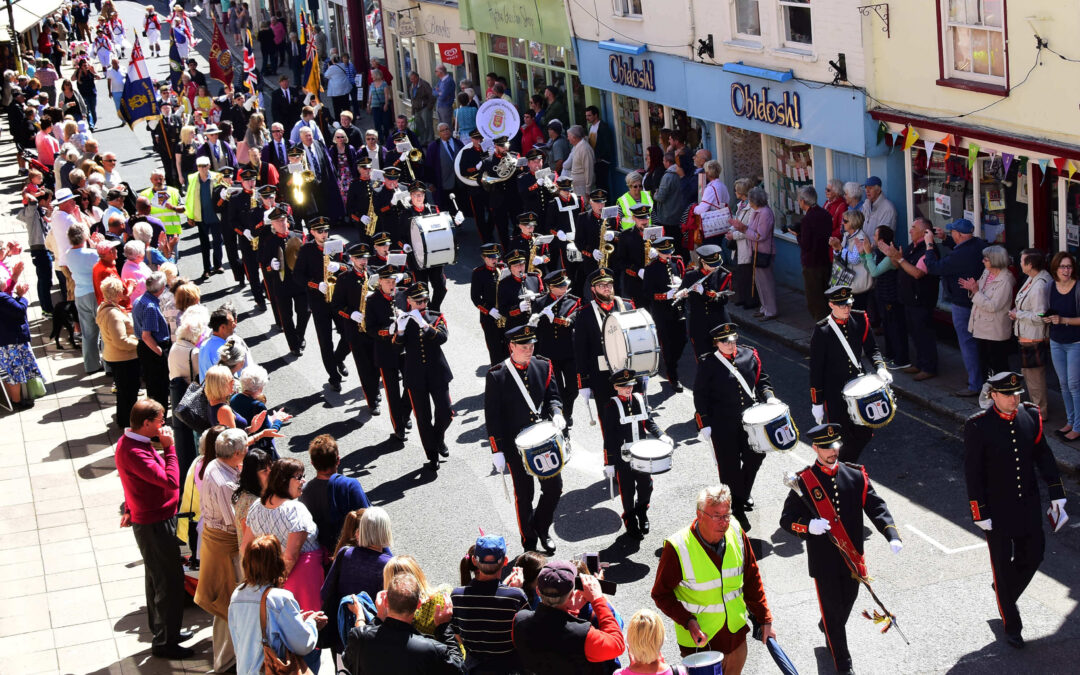 Hythe recently held its Biennial Festival with a Parade through the High Street. The festival was held from 1st to 10th July this year with events ranging from an Art Show, Flower Show, Concerts and many more events throughout the town of Hythe. Deputy Lieutenant Michael Bax attended as Guest of Honour and represented the Lord-Lieutenant at the special event.