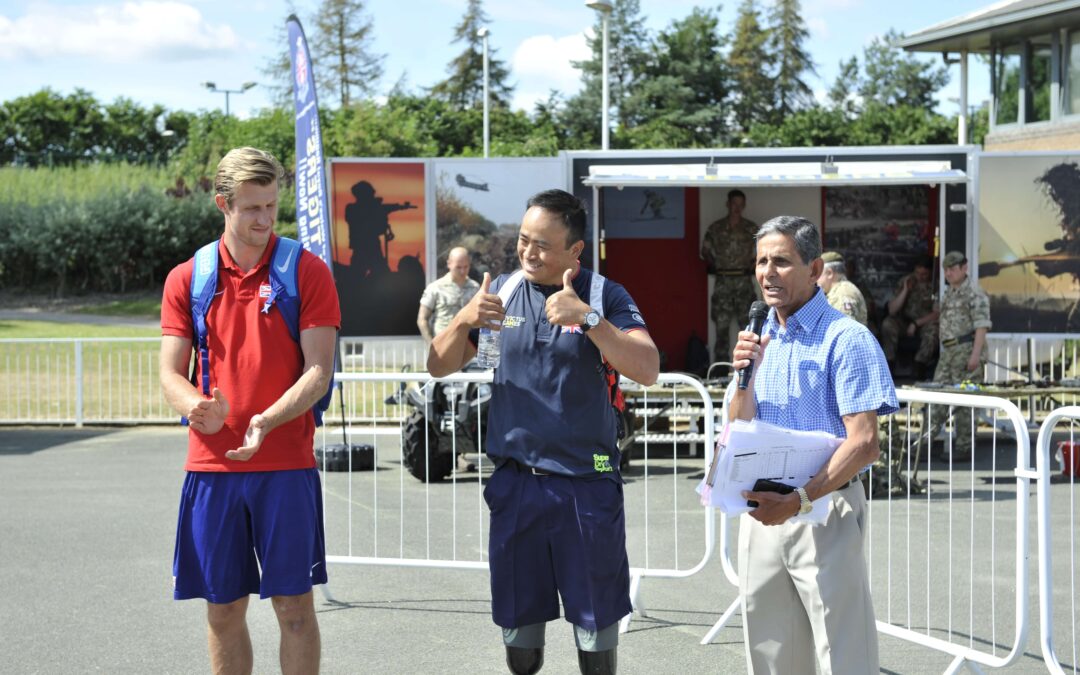 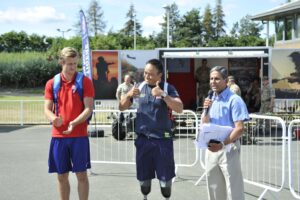 The Kent Challenger Games on 12th July brought 700 young people together, regardless of their personal circumstances, and who may not normally participate in outdoor activities, or get to represent their school. Participants were stretched to undertake activities that were out of the ordinary, fun, exciting and challenging, and that gave a real sense of achievement. These activities revealed to every young person their true inner strengths, and let them know that all things are possible if you focus on the assets you have; embodying the Games Motto of “I can and I did”. Whilst participants exhibited competitiveness, they did so in a respectful and friendly way. Unbelievably the Games had  700 winners on the day!

Games champion Cllr Winston Michael said “The Games showcased how incredible our young people are, and let us know our future is in safe hands. Something very special and precious took place on that Friday, and from feedback, all who were there have taken home a treasure trove of memories and a new dawning for themselves. The 2017 and 2019 Games have been an incredible success, since there is nothing like it, and so in 2021 the Games will take place once again, when it is planned to be bigger and more challenging.” 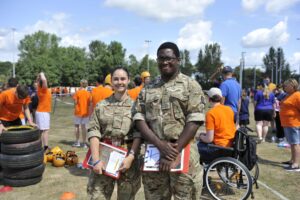 Winston Michael expressed his thanks to the Project Team that helped him put it together, The Princess of Wales’s Royal Regiment for their considerable support, the Air and Sea Cadets for their inspiring performances, the Towers Cheerleaders for their spirited acts, the military for being an inspiration, the 50 Games people that kept everyone safe and secure, and Challenger Troop for partnering with the organisers. He also gave a huge thank you to Kushal Limbu, Invictus double amputee gold medallist, and Jack Green, the GB Olympian 400 metres hurdler and European champion, for opening the Games and being an inspiration to all the young people. He also thanked the Kent Lieutenancy for their support, and in particular Sir Hugh Robertson, Chairman of the British Olympic Association, who represented the Lord-Lieutenant at the event, for closing the Games. He further expressed thanks to the handful of sponsors that provided the funds. Lastly and more importantly, he thanked the schools that came for recognising the value of the Games, and the young people for their enthusiastic and entertaining participation. 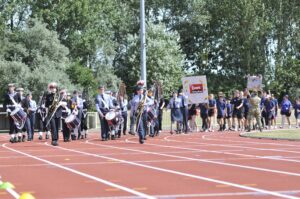 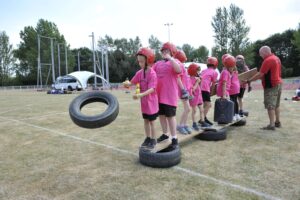 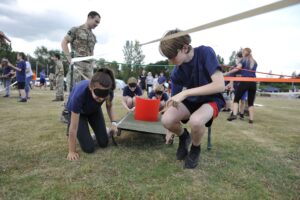 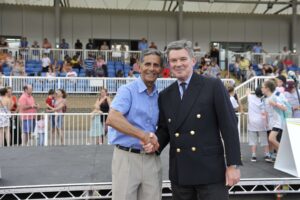 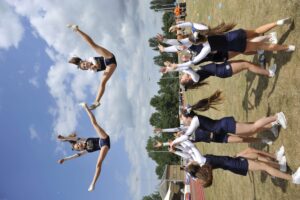 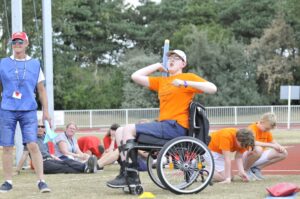 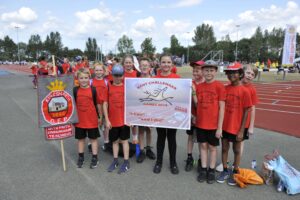 Kingsnorth School voicing Games mantra “I Can and I Did”. (c) Kent Challenger Games 2019 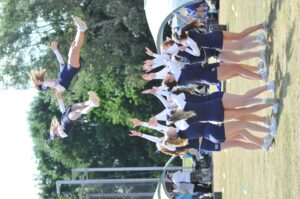 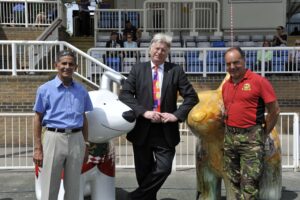 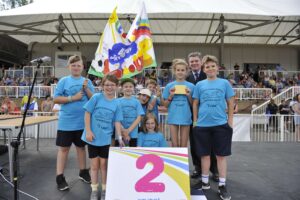 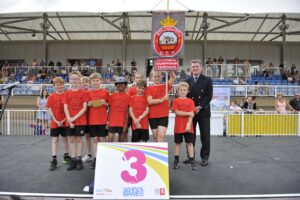