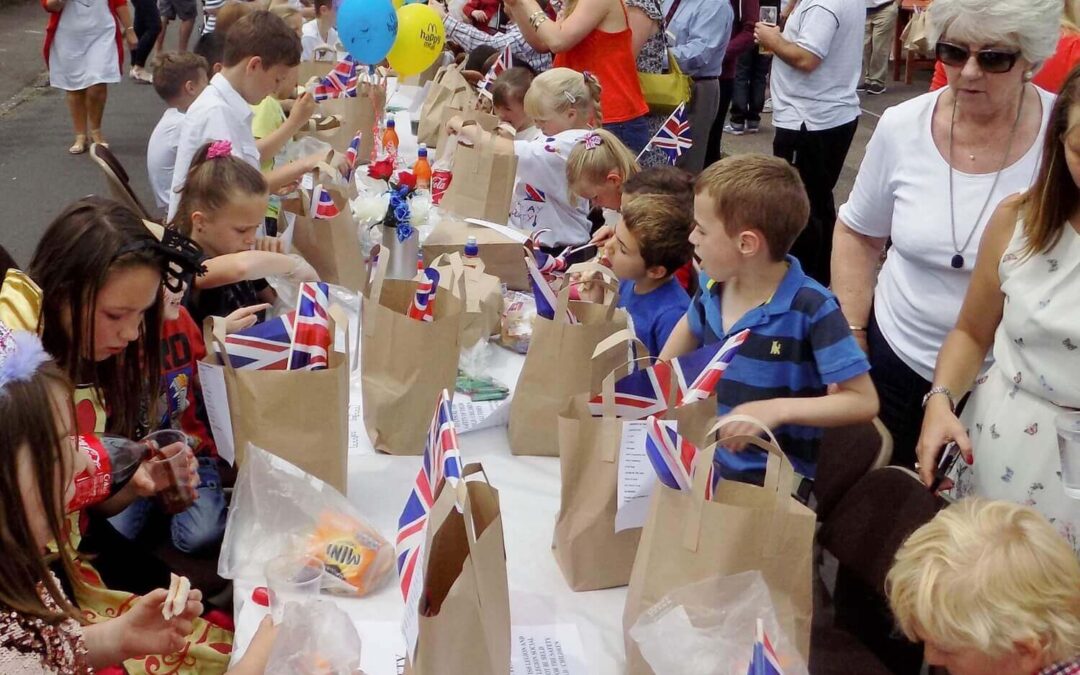 Minster and Monkton Royal British Legion Club held a Street party on 11th July to mark HM The Queen’s 90th Birthday, the party was attended by 142 children and their parents. Before the start of the party, a parade led by the Viper Corps of Drums, marched through the village, the salute being taken by Barry Duffield DL. To mark the occasion children were presented with a commemorative medal.

The Viper Corps of Drums who led the parade take time out for a picture with James Cooper pictured centre in blue, who was awarded the MBE in the Queen’s Birthday Honours. (c) Barry Duffield DL.