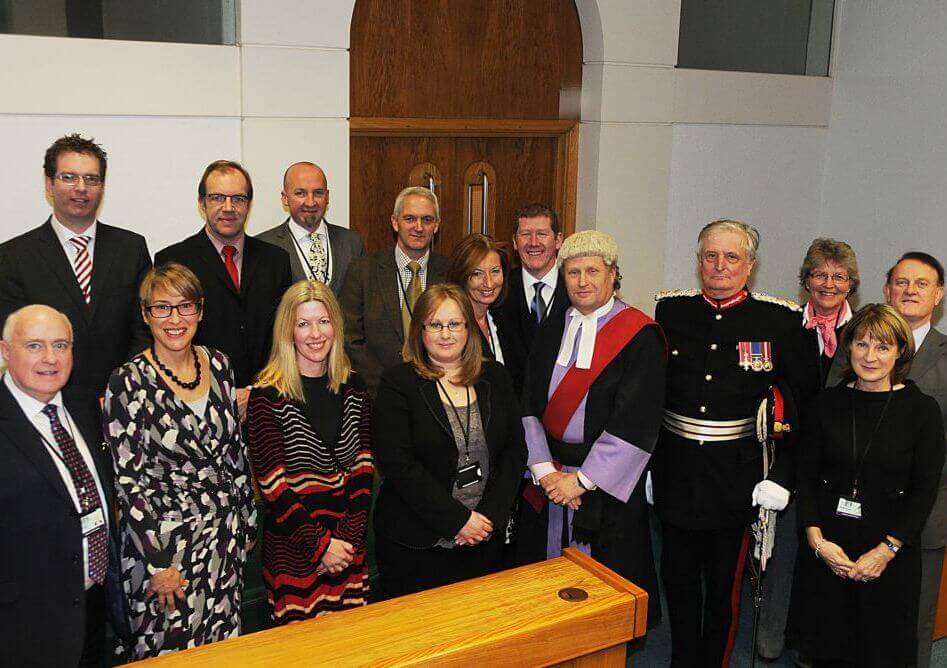 His Honour Judge St. John-Stevens and the Lord Lieutenant of Kent, with the newly appointed magistrates to the East Kent Bench.

His Honour Judge St. John-Stevens, the Magistrates Liaison Judge in Kent, presided at the swearing-in of 12 newly appointed East Kent Bench Magistrates at Maidstone Crown Court. On 13th December 2012 the Lord-Lieutenant of Kent, Viscount De L’Isle MBE, was present, on the Bench, as Chairman of the Lord Chancellor’s Advisory Committee for Kent.  This committee is responsible for the recruitment of new magistrates.

There are 800 Magistrates in Kent sitting on 3 “Benches”  – East, Central and North. The Lord-Lieutenant encourages all those attracted to volunteering to serve, as they will find it a rewarding role.

Persons interested in applying to become a Magistrate should seek further information from www.direct.gov.uk/magistrates.