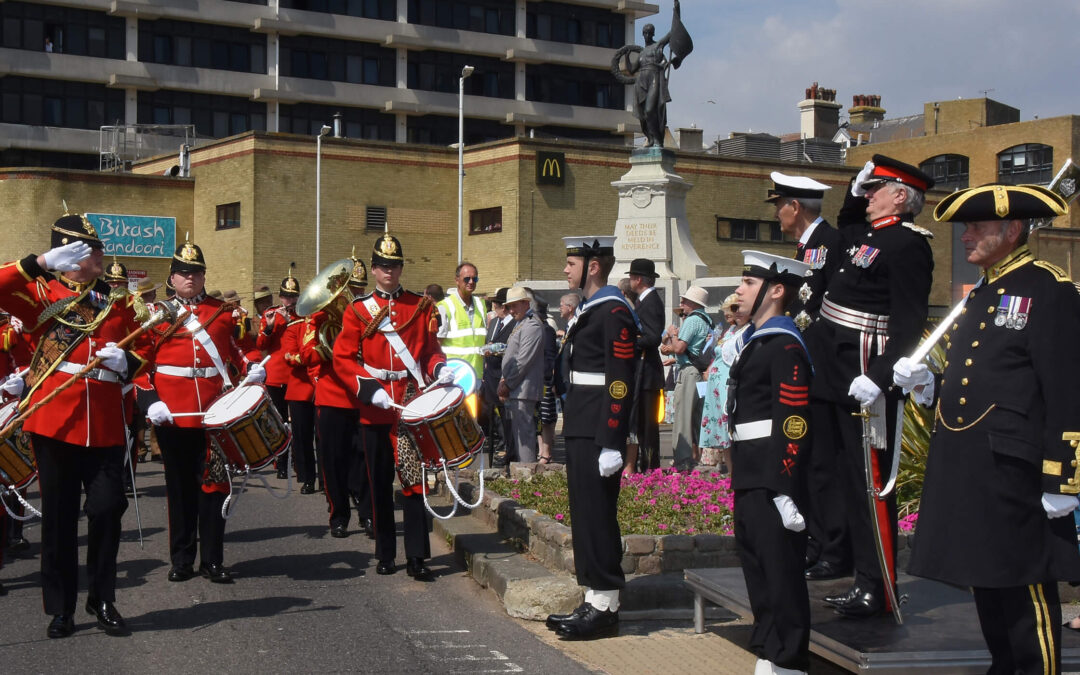 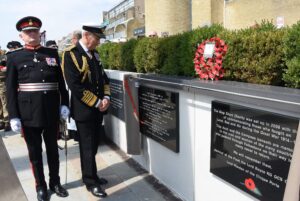 The Lord-Lieutenant of Kent with The Lord Warden of The Cinque Ports Admiral of The Fleet The Lord Boyce at the plaque unveiling ceremony. (c) Barry Duffield DL.

The Lord-Lieutenant of Kent, Viscount De L’Isle MBE took the salute during the service held  at The Step Short Arch on Lees Cliff Road, Folkestone on 22nd July. The Lord Warden of The Cinque Ports Admiral of The Fleet The Lord Boyce KG GCB OBE DL made an address, before unveiling two plaques marking the event. 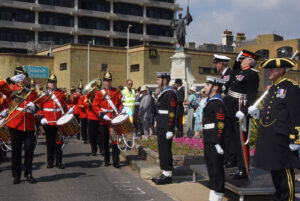 The Lord Lieutenant of Kent Viscount De L’ Isle, taking the Salute. Leading  the Parade is the Regimental Band of the Princess of Wales’s Royal Regiment. (c) Barry Duffield DL.

The Parade then marched down the Road of Remembrance to the Harbour Arm from where many millions of soldiers crossed to the Western Front during the First World War. A number of soldiers never returned and were buried in the military war graves in France, of those who returned a number had suffered life-changing injuries in body or mind. There can be few Kentish families who did not lose at least one member of their number. 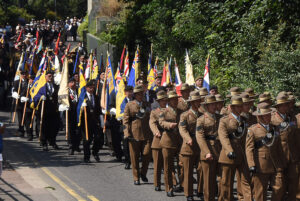 Lord De L’Isle said “The people of Folkestone should be proud of this iconic and enduring memorial, reminding us all of the part the town played in the First World War”
The Arch was opened by Prince Henry of Wales on 4th August 2014. A history of the Arch can be found at http://www.stepshort.co.uk/