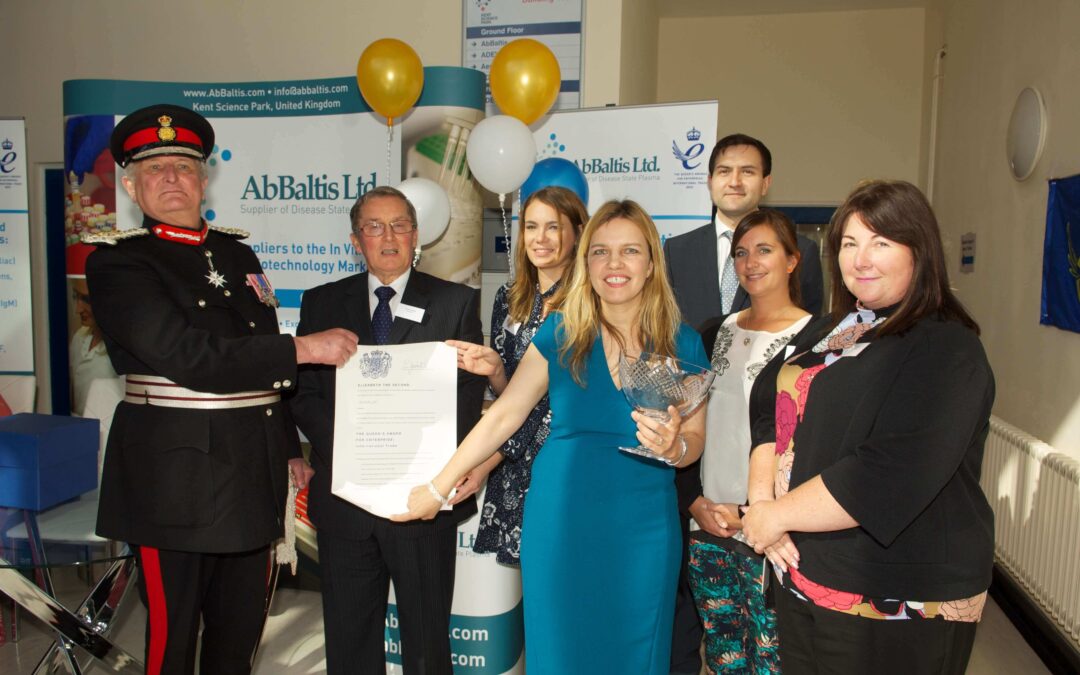 AbBaltis Limited was founded by Giedre Brandao in 2010 to provide research materials for the In Vitro Diagnostic Business. This innovative Kent based company based at the Kent Science Park in Sittingbourne, has recorded outstanding overseas sales growth in the last three years and now has a growing staff of nine. The product is perishable and therefore it needs to reach its destination safely and very quickly. AbBaltis prides itself in not having lost any shipments in transit.

The Lord-Lieutenant congratulated the company – which has just celebrated its fifth anniversary – on Her Majesty The Queen’s behalf. He also praised the increasing number of small companies in scientific manufacturing, which are adding greatly to Kent’s growing knowledge-based economy, which must be the way forward in the 21st century.