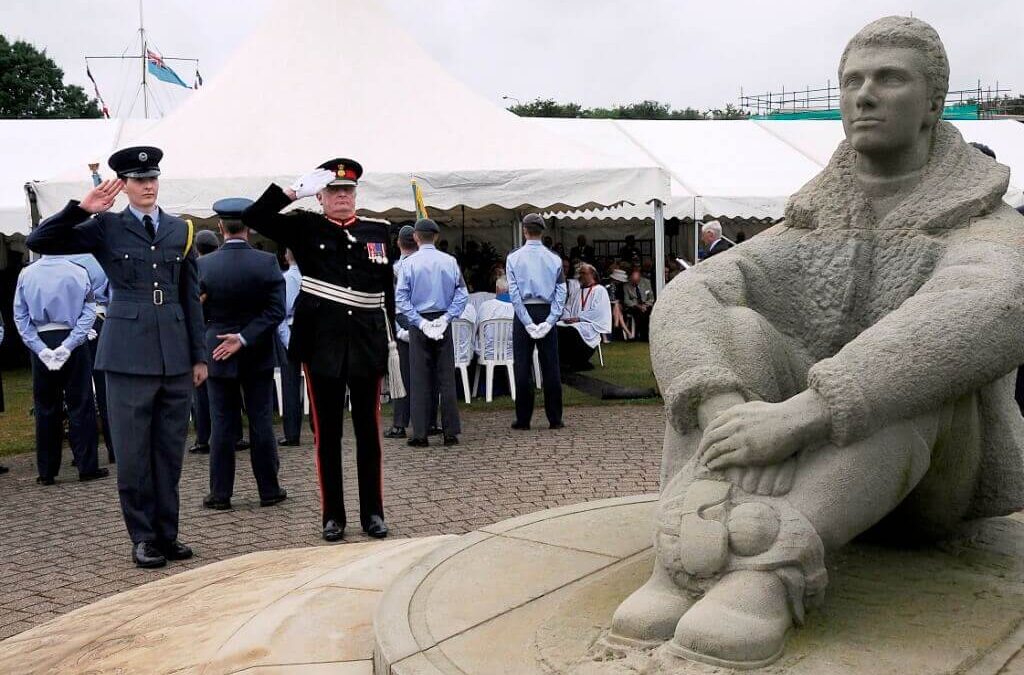 The Lord-Lieutenant attended Memorial Day at the Battle of Britain Memorial, Capel-le-Ferne, with Chief of the Air Staff, Air Chief Marshal Andrew Pulford KCB CBE ADC RAF. A number of the Battle of Britain pilots were present for this annual gathering, and next year is the 75th anniversary of The Battle.

Air Chief Marshal Sir Andrew Pulford, Chief of the Air Staff, who was Guest of Honour at the event, talking to cadets from the Kent Wing ATC, by the National Memorial to the Few. (c) Barry Duffield

The Wing –  a Visitor Centre –  is under construction and will open in spring 2015. Despite the heavy rain early in the event, the weather improved sufficiently for the Service to take place. Wreaths were laid followed by the placing of flowers at the Foxley-Norris Wall of Remembrance. To everyone’s delight it was possible to hold a flying display of a Hurricane and Spitfire aircraft.