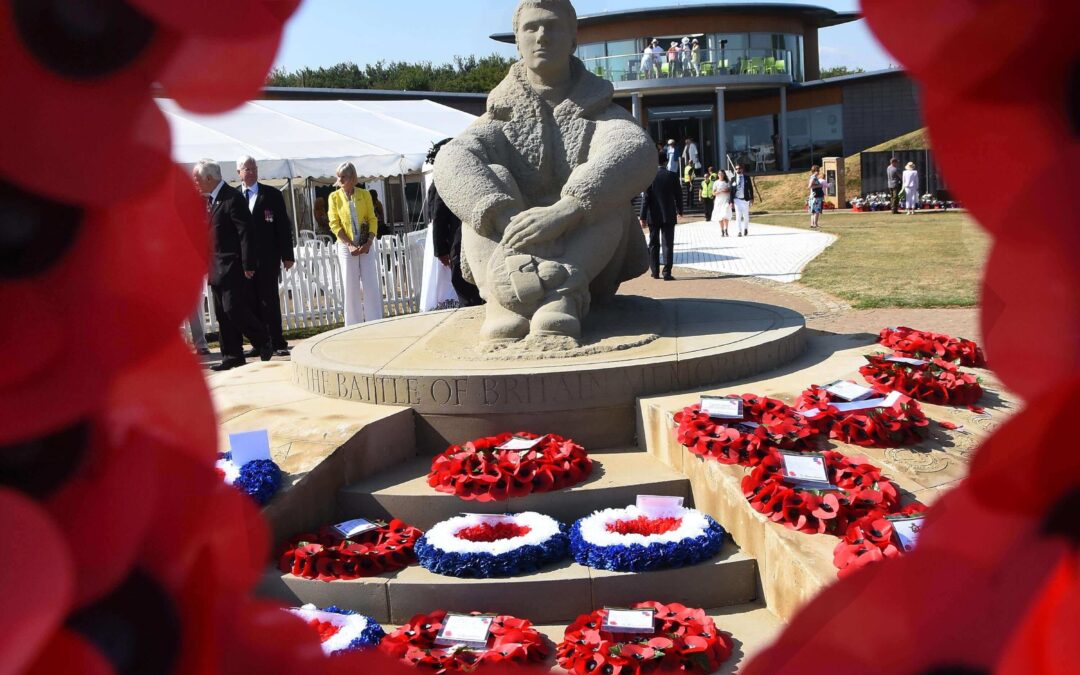 Spectacular display given by a Hurricane and a Spitfire from the BBMF. (c) Barry Duffield DL.

The hot summer weather on Sunday 9th July at the Battle of Britain Memorial at Capel-le-Ferne was similar to that which the RAF enjoyed 77 years before in the opening days of the Battle of Britain, before battle was joined with the Luftwaffe over the Channel and skies above Kent.

The event included a parade of Veterans with Air Training Corps Cadets, a fly past and a display of a Hurricane and a Spitfire aircraft. The Salute was taken by Air Chief Marshal Sir  Stephen Hillier KCB CBE DFC ADC MA RAF.

Wing Commander Paul Farnes DFM, aged 99, one of the surviving pilots of The Few, attended.

Members of the public had an opportunity to see the “Scramble” experience housed in the iconic “wing” visitor centre.

2018 will celebrate the centenary of the founding of the Royal Air Force. A number of events will be held at Capel-le-Ferne, those interested in attending them should refer to  www.battleofbritainmemorial.org