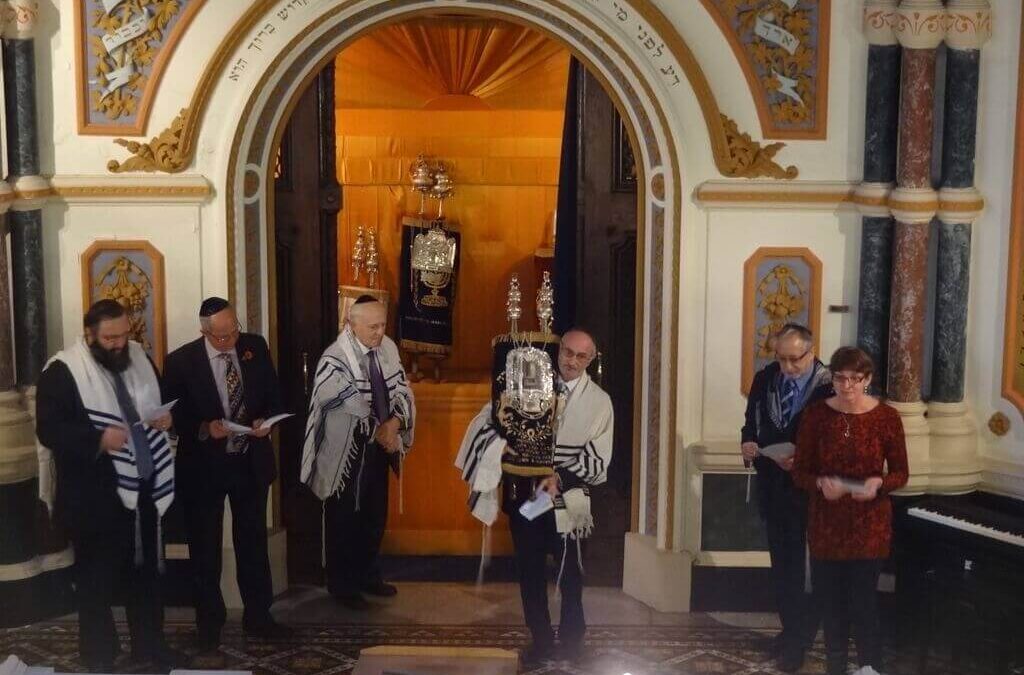 The Lord-Lieutenant and Lady De L’Isle were guests at a Service which marked Simon Magnus’s building of the Synagogue commemorating Captain Lazarus Simon Magnus who died at the young age of 39. In 1865 The Synagogue replaced a wooden structure on the same site. The Guests were presented with a history of the Synagogue by nine year old Sarea Phillips, Olivia Weiner and Samuel Halpern Matthews, both aged ten.

The Civic Service was conducted by the Minister for small Jewish communities, the Reverend Malcolm Weisman, who also officiated at the Centenary celebration held in 1965.

The service in progress where prayers were said for the congregation, the Royal Family, the State of Israel and the Founders of the Synagogue, by members of the Community and Jewish Kent. (c) Chatham Memorial Synagogue.

He was assisted by Chairman Jon Weiner and members of the Chatham community and also of Jewish Kent. The Lord-Lieutenant spoke, praising people of all faiths in Kent for their understanding of each other’s faith, forming a cohesive society across the county, when in so many places in the world there are people of different religions at odds with each other.