Dover Harbour Board unveil The Dove of Peace at Cruise Terminal 1, 22nd December, 2014 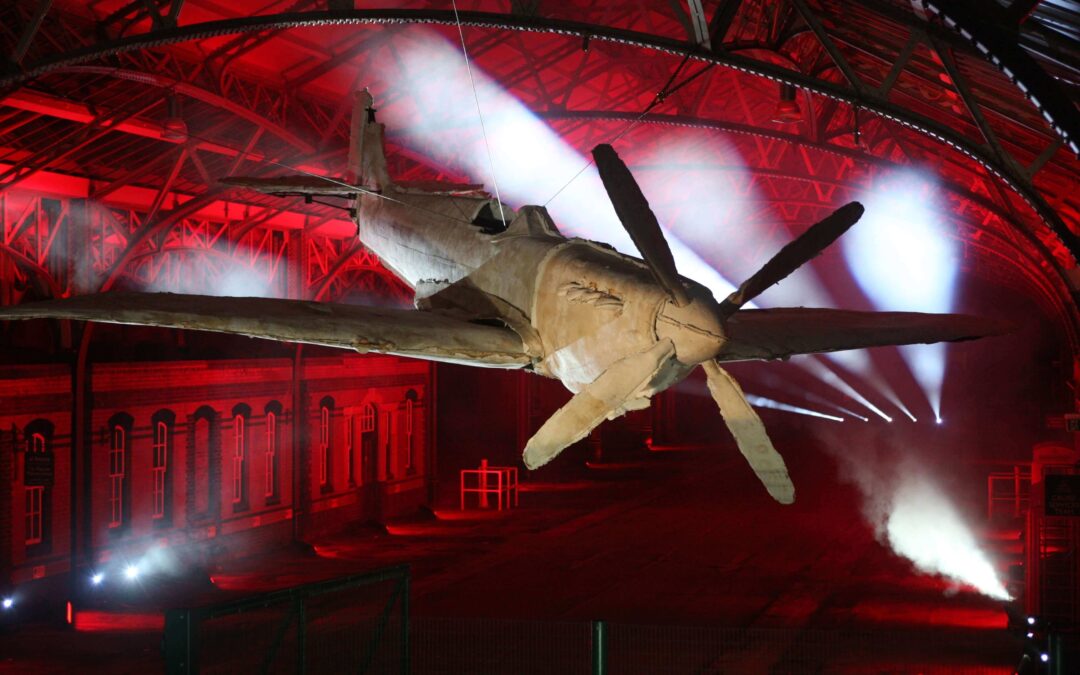 The Dover Harbour Board held a reception for 300 people, many from the local community, to unveil a new installation in Cruise Terminal 1, as part of the refurbishment of the building. It was originally designed as a railway station to allow rolling stock to be loaded and removed from Cross Channel Ferries.

Finished in the early part of World War 1 the station played a vital part in the transportation of battle casualties back for treatment in hospitals on mainland Britain. The inception of Roll on Roll off vehicle ferries at the Western Docks caused the station to fall into disuse.

Now as a part of a £35 million refurbishment of the Cruise Terminal 1. Anthony Heywood’s sculpture in the shape of a full size Spitfire has been installed and is entitled The Dove of Peace. It is  fashioned from 850 Kgs of papyrus made from a special type of paper, developed at the former Buckland Paper Mill in Dover.

The Dove of Peace will remain on show in the Cruise Terminal until 2018. The sculpture embodies the struggle to restore peace and democracy across the world in both World Wars. The Port of Dover played an important role in both conflicts and the Spitfire symbolises the bravery of the Battle of Britain pilots who engaged the enemy as they crossed the Channel 75 years ago and all those who fought by land and sea as well as in the air.

The guests attending the reception were treated to a performance of The Night before Christmas 1914, an adaptation of the original poem by Richard J Davis. This was followed by readings interspersed with carols in both English and German that are known to have been sung during the 1914 Christmas Day truce. Following a minute’s silence the sculpture was revealed in a light show with smoke swirling like clouds around the airframe.