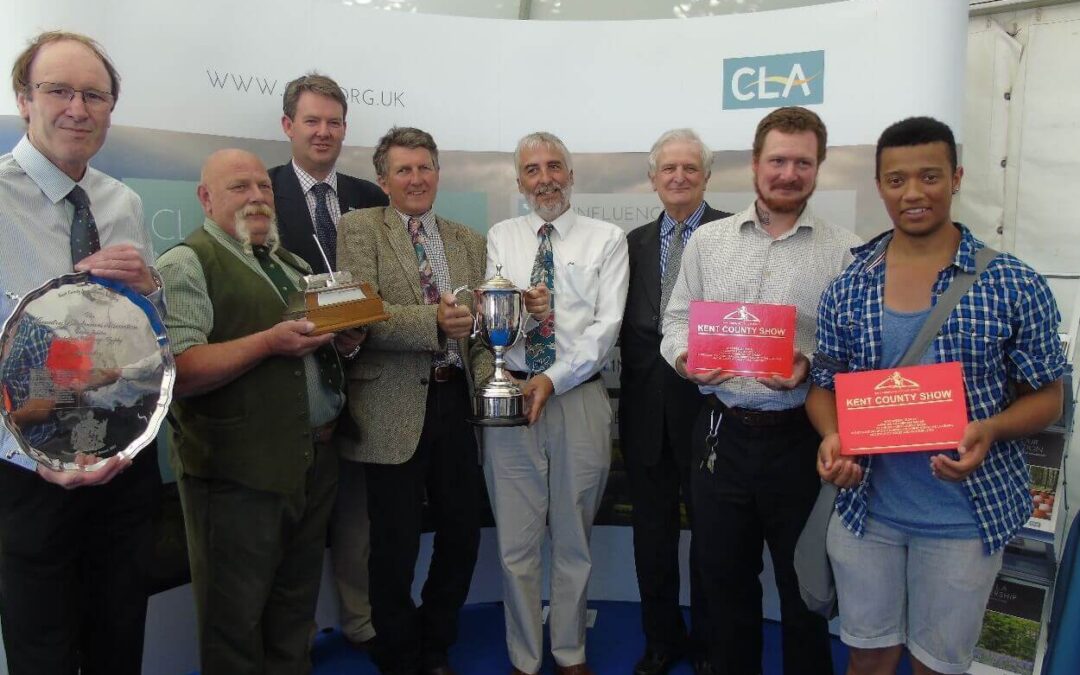 Outstanding contributions to conservation and the forestry and woodland sector in Kent have been recognised at a CLA awards ceremony held during a reception at The Kent County Show, the awards being presented by the Lord Lieutenant of Kent. The CLA is the membership organisation for owners of land, property and businesses in rural England and Wales.

The joint winners of the Emsden Trophy for contribution to conservation in Kent were Peter Lingham & Partners and Plantlife, a conservation charity working to save threatened wildflowers, plants and fungi. The 250ha Ranscombe Farm near Rochester is Plantlife’s largest nature reserve in England. It includes arable farmland, ancient woodland and chalk grassland and is an important site for rare wildflowers. The site is managed by Plantlife in partnership with Medway Council, with farmer Andrew Lingham providing the grazing and arable management needed to ensure its future. The Emsden Cup was presented in memory of Brigadier Brian Emsden, secretary of the Kent Branch during Lord De L’Isle’s tenure as Chairman.

The CLA Woodland Trophy, one of three forestry awards presented at the Kent County Show, is awarded to an individual in recognition of outstanding service to forestry and land management in Kent. This year’s winner is Aubrey Furner who has been at the forefront of arboriculture in Kent for more than thirty years. He has made a significant contribution through his work on highway tree inspections and school tree inspections for Kent County Council and Jacobs Babtie, as well as helping train many junior colleagues.

Steve Wright, the winner of the Edward Hardy trophy, was nominated for his work as a contractor and volunteer at the Ranscombe Farm Reserve. The trophy recognises his extremely high standards of work, knowledge, willingness to give up his time to lead volunteer task days and a vocation to development new initiatives to make woodlands wildlife-rich, productive and valued within local communities.

The Woodreave Trophy, which awards young individuals based in Kent for outstanding achievements within their learning and study of woodland and forestry, was presented jointly to Brendan Maher and Craig Scott. Brendan was nominated for his strong academic performance and Craig, for his green wood working skills and design skills.

Robin Edwards, CLA Director South East said: “The winners of these awards are an important reminder of the many benefits which are delivered to our wider society by those working in the forestry and farming sector, from conservation to education, and we congratulate all of them on their outstanding achievements.”