Prince Michael of Kent unveils bust of Lord Dowding in Battle of Britain tribute, 31st May, 2017 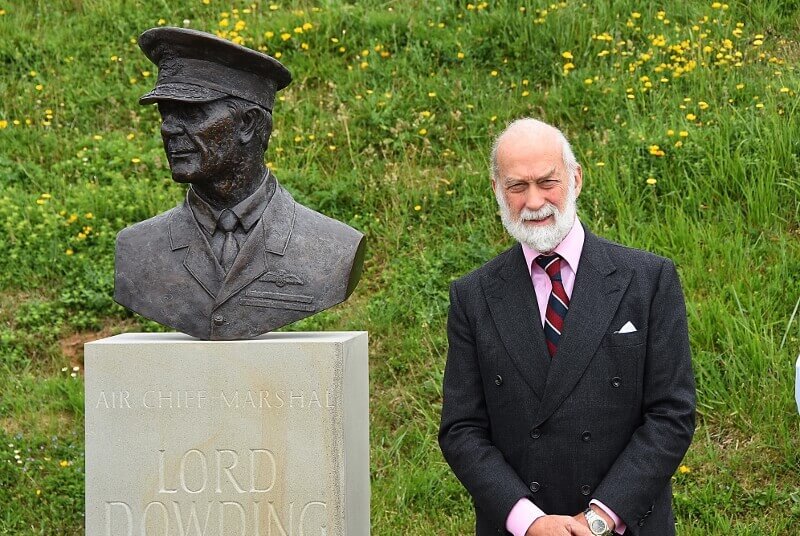 Lord Dowding, in his role as Air Chief Marshal Sir Hugh Dowding,  played a huge part in the RAF’s victory over the Luftwaffe. He had put in place the air defence system which made effective use of radio direction finding – the forerunner of radar – and revolutionised the country’s defences.

Prince Michael, who was escorted by the Lord-Lieutenant of Kent, Viscount De L’Isle MBE, is patron of the Battle of Britain Memorial Trust.  Also in attendance was Wing Commander Paul Farnes DFM, one of The Few. Prince Michael met members of the trust, along with staff, volunteers and some donors.

Lord Dowding died in 1970 at his home in Tunbridge Wells and his ashes were buried in the RAF Chapel,Westminster Abbey, where members of The Few have traditionally paid tribute to him every September. Lord Trenchard (Marshal of the RAF) and Lord Dowding together headed a committee to raise funds for the furnishing of the RAF chapel and for a stained glass Battle of Britain Memorial Window to be installed there in 1947.