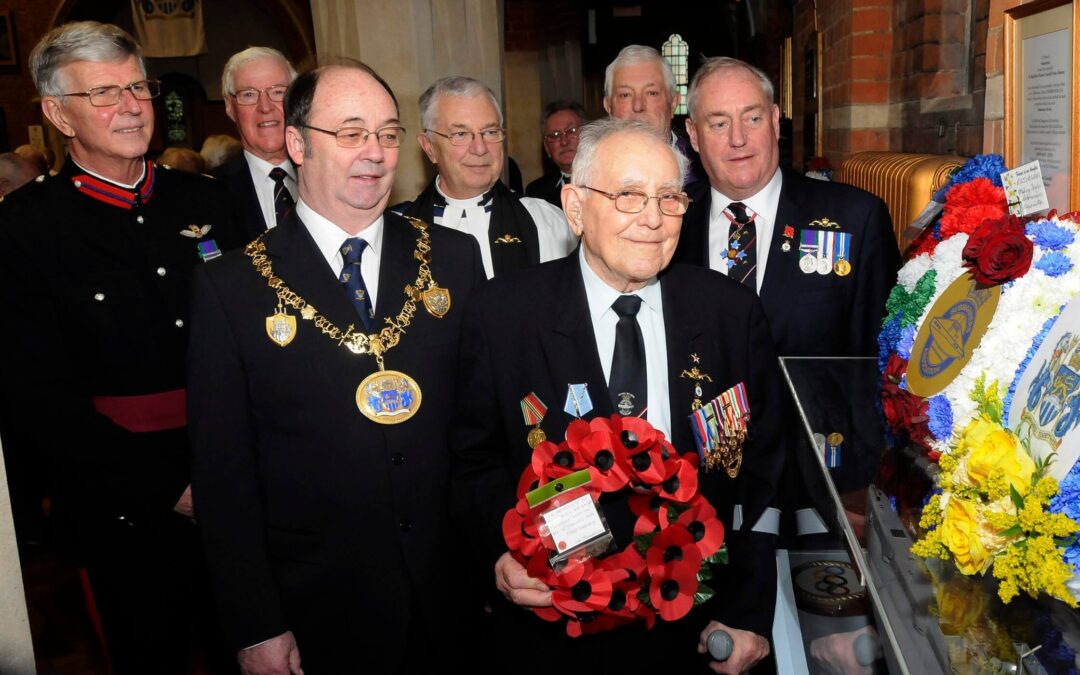 Last surviving crew member of the Truculent Disaster Fred Henly, 91, with other dignitaries who were at the 65th Memorial Service, and far left is Brigadier (Retd) John Meardon DL. (c) Barry Duffield.

The 65th Memorial Service in commemoration of the HM Submarine Truculent Disaster was held at St George’s Centre Chatham, the former Royal Naval Church, on 10th January, 2015. The service was conducted by Reverend Alan Boxall and Reverend Gordon Warren, RN. Among those attendng was the last remaining survivor of the accident, 91 year old Fred Henly.

The Truculent disaster happened on the 12th January 1950 with the loss of 64 lives, both Naval and Dockyard personnel. H.M. Submarine Truculent was on passage from Chatham to Sheerness after a refit, when she was in collision with a Swedish oil tanker. Five members of the Royal Air Force who flying to Kent to help with the rescue operation also lost their lives when their aircraft crashed on take-off from RAF Kinloss.