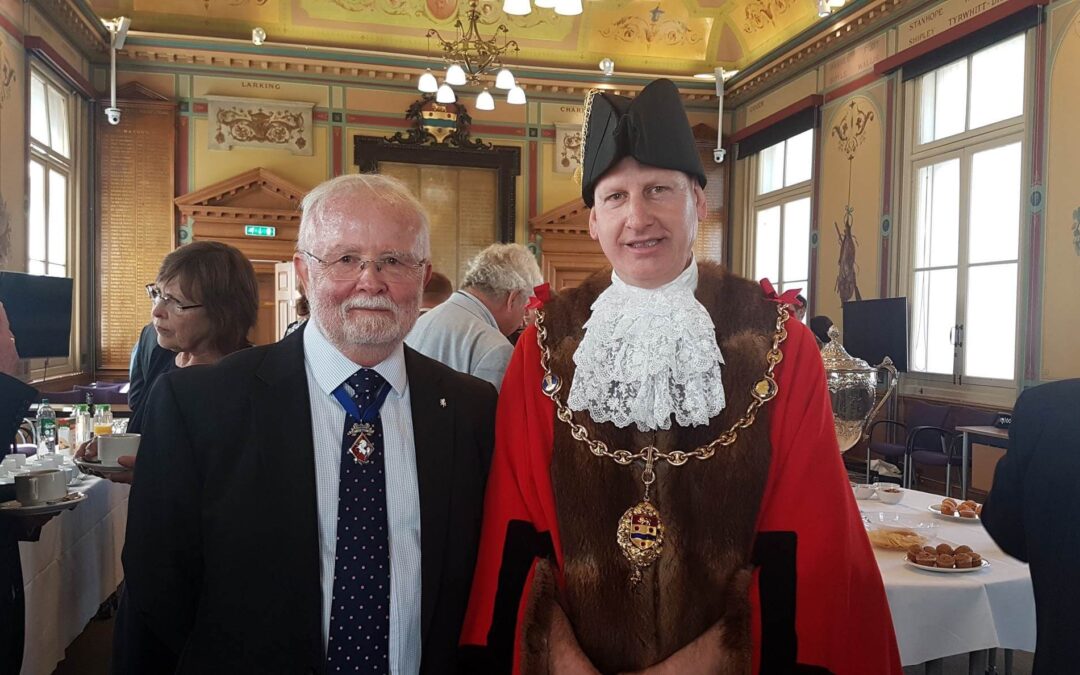 Mr Bill Cockcroft DL represented the Lord-Lieutenant of Kent in Maidstone  at the raising of the 2018 Armed Forces Day Flag, which took place outside the Town Hall. The ceremony served as a salute to our Forces and all those who have served, past and present.
The Mayor of Maidstone, Councillor David Naghi welcomed the Maidstone Sea Cadets, local Councillors, representatives of the Army and officers from Kent Police. 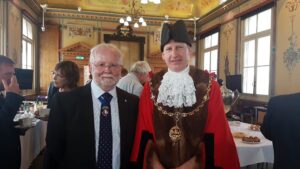 Mr Bill Cockcroft DL pictured with the Mayor of Maidstone, Councillor David Naghi, at the Reception which took place in the Town Hall after the ceremony. (c) Maidstone Borough Council.