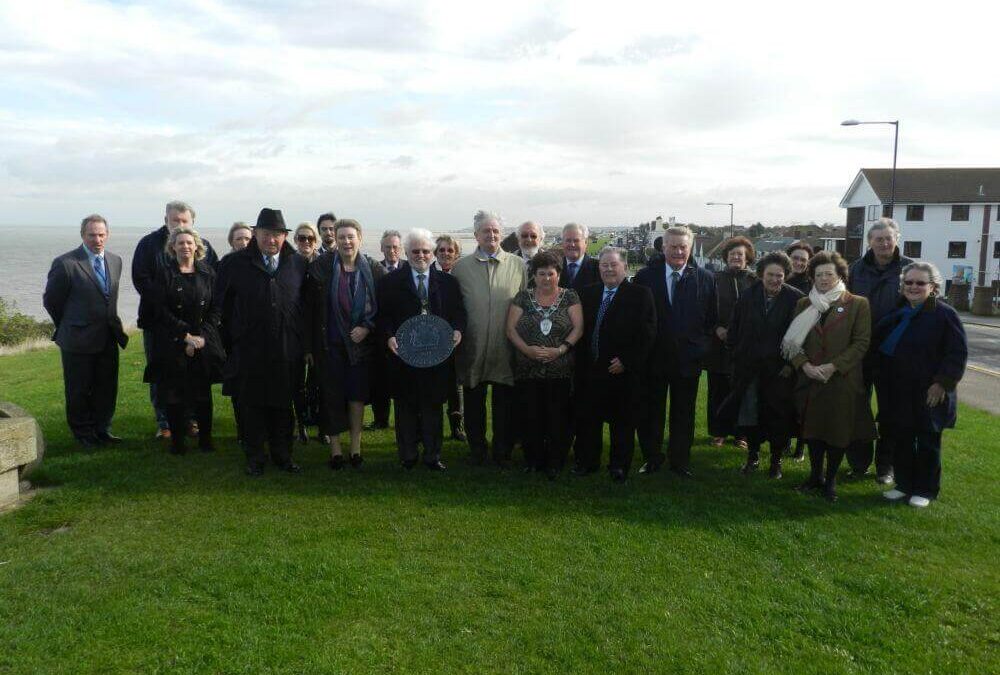 The Lord Lieutenant and local dignatories with children from Herne Bay Junior School holding the Plaque.

As part of the Queen’s Diamond Jubilee celebrations and led by the national charity  Fields in Trust, five public green spaces in East Kent have been accepted as Queen Elizabeth II Fields, and two of these were  officially opened by the Lord Lieutenant of Kent, Viscount De L’Isle, on 12th October – Herne Bay Coastal Park which connects several parts of the seafront, and Tankerton Coastal Park  made up of Tankerton Slopes between Whitstable and Swalecliffe.  The others are Mariner’s View in Seasalter, Hollow Lane in Canterbury and the Cherry Orchard in Herne.

Mariner’s View is a new area of parkland on the edge of Whitstable funded by developer contributions and it will have a play area including football pitches.

Hollow Lane in south Canterbury is in an area with very little public open space, and a rare orchid has been found there so this will now be protected.

Cherry Orchard recreation ground is in the centre of Herne and facilities  include a children’s play area, a multi-use games area and also an outdoor gym.

All display a plaque as a reminder of the Diamond Jubilee year.

Prince William, the Duke of Cambridge is  patron of The Fields in Trust  and is leading the project, set up to find outdoor land for sport, play and recreation.

The Lord Lieutenant said: “These fields will act as a continuing reminder of the great service the Queen has given our nation. This corner of Kent has set an example of how proudly that recognition has been achieved for the benefit of generations to come.”

The Lord Lieutenant at Tankerton with local councillors and representatives from residents’ groups.