Charing presented with a Jubilee Tree by a Deputy Lieutenant, 27th November, 2012 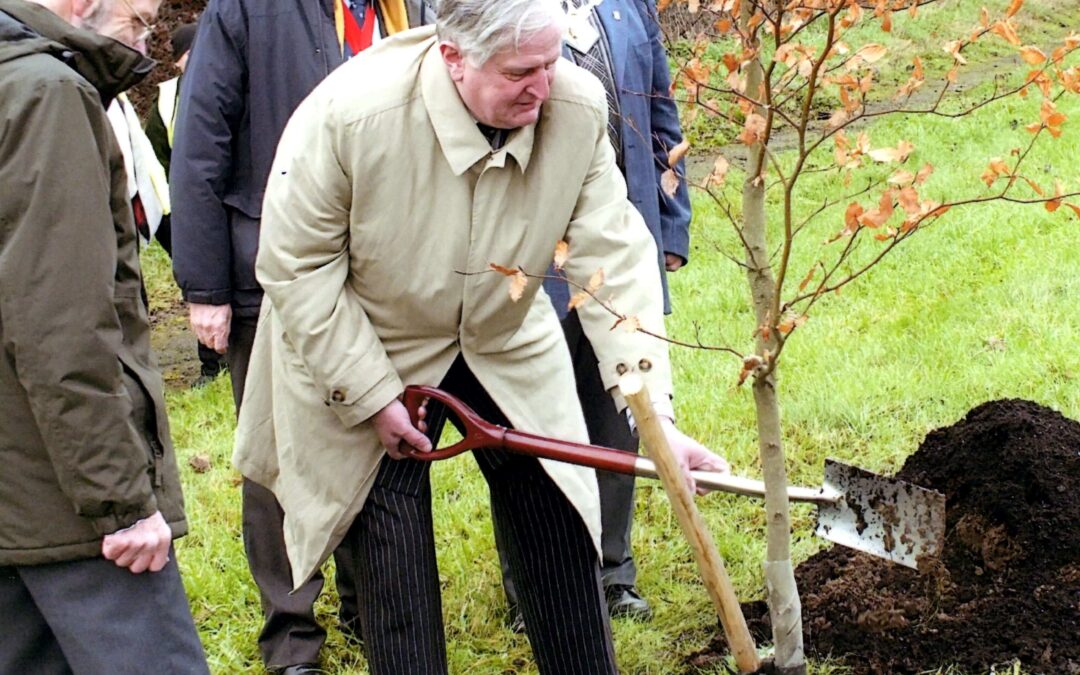 John Hosking CBE DL presented a beech tree to Charing Parish Council to be planted adjacent to the roundabout on the A20 west of the village.

The Lord-Lieutenant, Viscount De L’Isle, the Worshipful Mayor of Ashford, Cllr Bob Davidson, and Deputy Leader of Ashford Borough Council Cllr Gerry Clarkson were joined by Cllr Tylden Reed Chairman of Charing Parish Council, and many others. The assembled company were lucky the rain held off long enough to plant the tree and then go to Church Barn, where a delicious buffet lunch was laid on by the ladies of the Parish.

Those people attending were described  as the unsung heroes of Charing, who were always ready to help. In reply Lord De L’Isle said that Kent was indeed fortunate to have such loyal volunteers and he encouraged those present to nominate people who had done exceptional things for the recently re-introduced British Empire Medal (BEM). He continued by saying that there was no guarantee of success as all nominations were judged nationally, but this should not stop people putting names forward.

Lunch ended with a Toast to Her Majesty The Queen proposed by Cllr Tylden Reed.