Commemoration of the Deployment of the BEF, Swingate ,12th August 2014 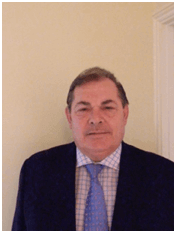 On the 12th August 2014, as part of the Western Front Association 1st World War Centenary commemorative events, a  special service was held at the Royal Flying Corps Memorial at Swingate, near Dover, to commemorate the arrival at Swingate on 12th August 1914 of  No.s 2, 3, 4 and 5 Squadrons Flying Corps prior to their departure to France.

The service of remembrance was led by branch member Reverend Canon Peter Gausden and wreaths were laid by Hedley Basford with his grandson Ben Paterson on behalf of the East Kent Branch of the WFA.

Hedley’s grandfather, Thomas Basford, was killed at Swingate in July 1917 while training with the RFC as an Air Mechanic.