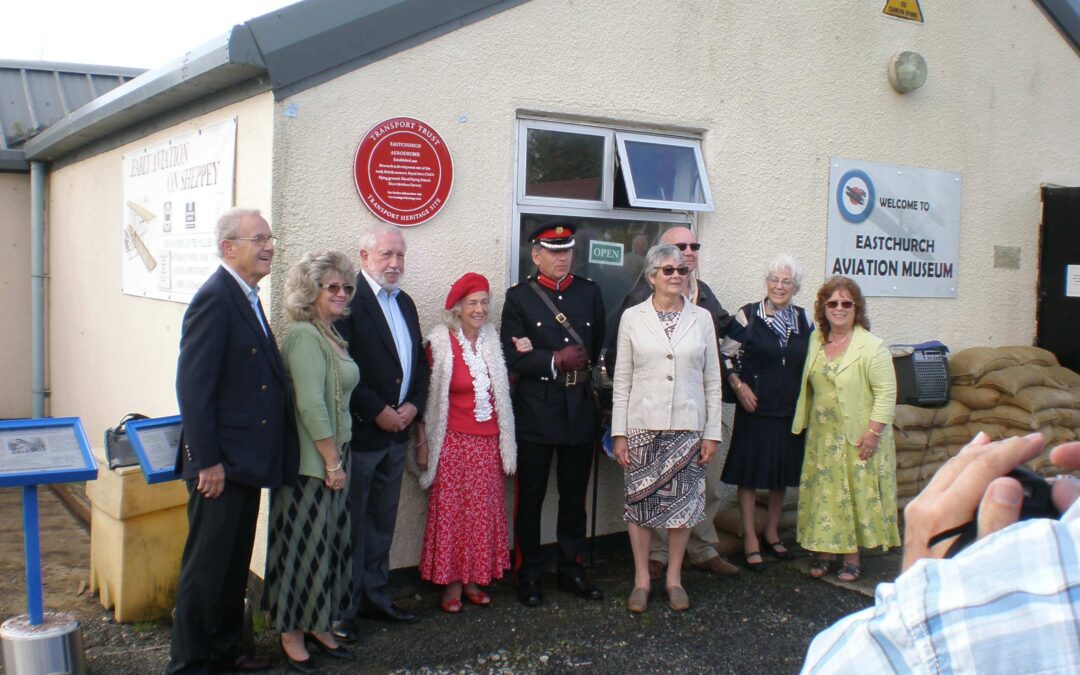 Eastchurch Aviation Museum has been awarded a Red Wheel plaque, marking it as a site of special historic interest in the Transport Trust’s scheme to commemorate Britain’s rich and globally important legacy in the development of transport.

The plaque was unveiled by Mr Paul Auston DL, representing the Lord-Lieutenant of Kent,  in a ceremony held on 20th September. Peter West from the Museum provided the welcome and Martin Hawkins led a short walking tour of the site. Elizabeth Walker provided a brief talk on the Short brothers and their part in early British aviation, particularly at Eastchurch. The Guests of Honour included five descendants of the Short brothers.

By August 1909 Horace Short had a factory on the Isle of Sheppey, Kent, with eighty people on the payroll. Built for Francis McClean, the ‘Short No.1’ biplane was not a great success. However J.T.C. Moore-Brabazon placed an order for what would become the ‘Short No.2′ and on 30 October 1909 he flew that machine to win the Daily Mail prize for the first flight in England of one mile by an all-British combination of pilot, aircraft and engine.

In 1912 a Shorts Pusher became the first aeroplane to take off from a moving ship and the Shorts Tractor biplane was the first naval aircraft to have a practical folding-wing mechanism and to launch a standard naval torpedo. During the First World War many naval aeroplanes were built to Short Brothers’ designs.