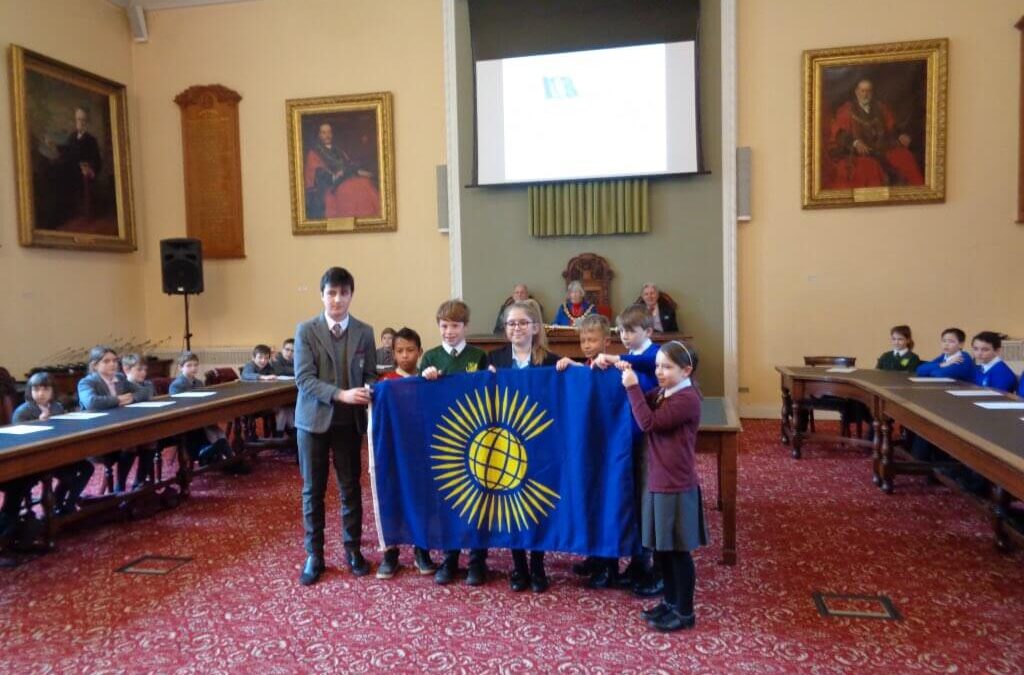 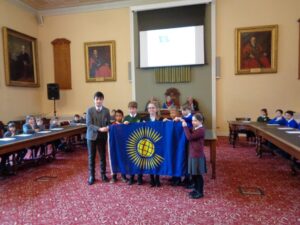 The Mayor of  Tunbridge Wells, Cllr Julia Soyke, together with the Mayor’s Escort, Peter Soyke and Deputy Lieutenant Peter Blackwell JP DL, who was representing the Lord-Lieutenant, hosted an ‘Unfurling the Commonwealth Flag’ Event in the Council Chamber at the Town Hall on 12th March.

Forty-eight children from eight local Primary Schools in  Tunbridge Wells were present for the occasion and they asked many interesting questions of both the Mayor and Deputy Lieutenant. They had been selected by their schools on a merit basis of their knowledge of the Commonwealth and having produced materials to show where the 53 countries of the Commonwealth are located.

The Deputy Lieutenant  took the opportunity to commend the pupils for their very smart appearance and very shiny shoes! He said ‘ You are a great credit to yourselves and your schools’.

The Fly the Flag tribute on Commonwealth Day  was celebrated internationally to recognise the true value of the Commonwealth as an increasingly multi-cultural world seeks unity, understanding and tolerance.