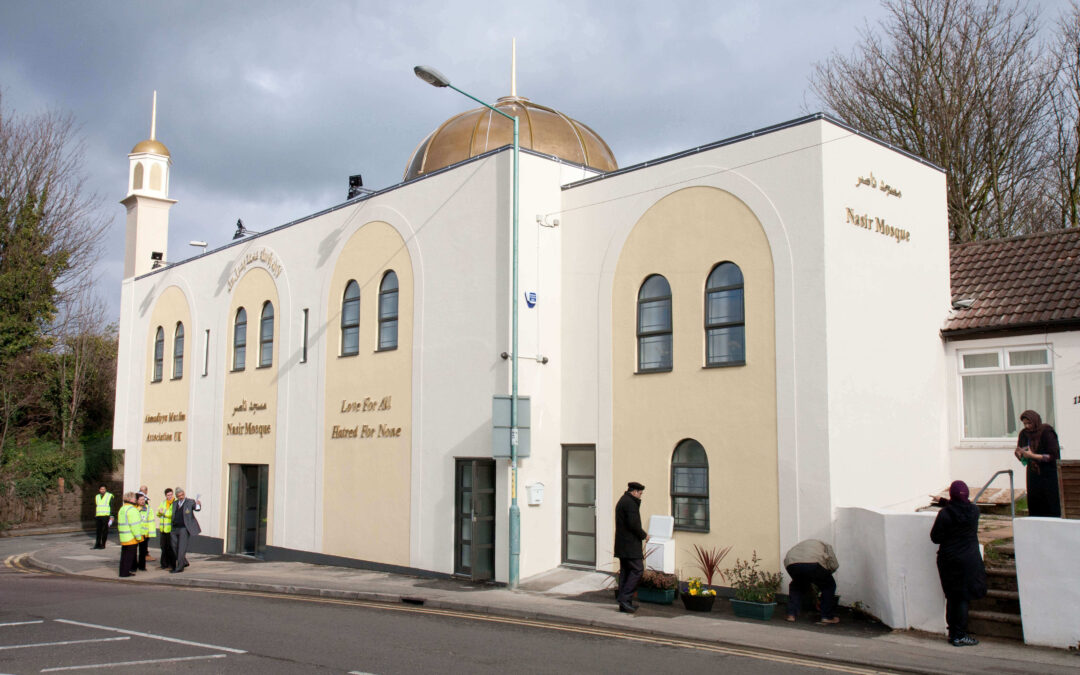 The Lord-Lieutenant and Lady De L’Isle were delighted to be asked to the celebrations surrounding the Inauguration of the Nasir Mosque in Gillingham on 1st March 2014. His Holiness Hazrat Mirza Masroor Ahmad the Fifth Khalifatul Masih of the Ahmadiyya Muslim Jamaat, unveiled a plaque, then offered a silent prayer.

The Lord-Lieutenant and Lady De L’Isle were received in a private audience, with His Holiness, which included a number of  important people from Kent and Medway.

Following which, a reception was held for more than 180 guests which was addressed by The Lord-Lieutenant who said “The Muslim faith is alive and well and flourishing in Kent, and your motto of “Love for all, Hatred for none” is one we should all aspire to. I am certain that this Mosque will stand the test of time and come to serve many generations.”

His Holiness gave a keynote address “This Mosque being inaugurated today, will be filled by those people who will not only fulfil the rights of God, but those who hold a passionate desire to serve humanity…….”

The original hall was opened in 1975 but the Muslim community had a desire for a purpose built Mosque and work started on the same site in 2012. The splendid new building will accommodate about 280 worshippers.