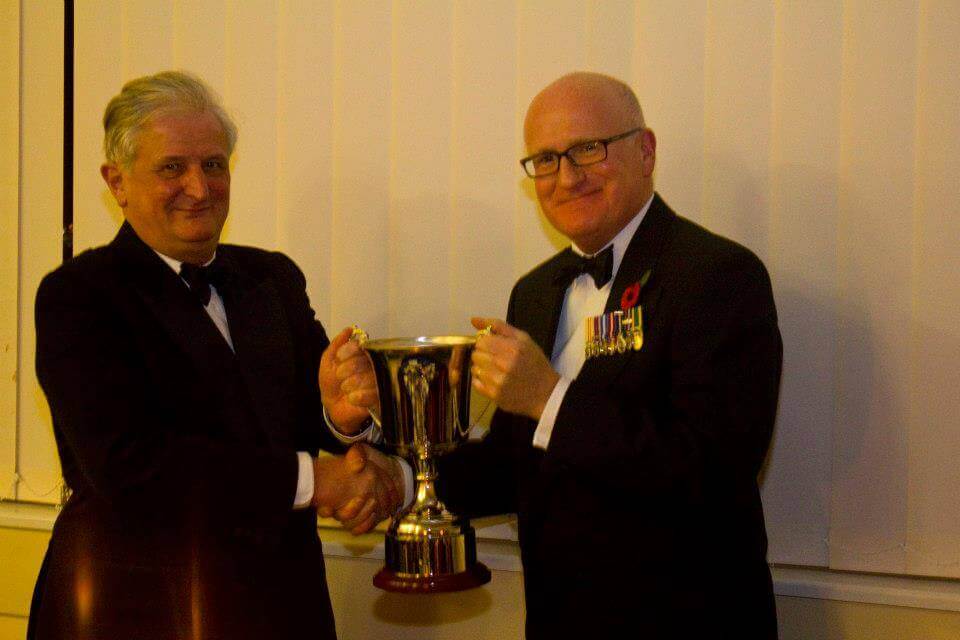 The Viscount De L’Isle MBE, Lord Lieutenant of Kent was recently dined out as Honorary Colonel of the Kent Army Cadet Force after taking up his role in August 2006. Members of KACF joined in a celebratory dinner held at the Weekend Training Centre in Dibgate near Folkestone, Kent to dine him out and thank him for his support over the years.

The Lord Lieutenant has an overview of all Cadets in Kent, through his role as Deputy President of South-East Reserve Forces and Cadet Association and President of the County Committee. Deputy Lieutenants are asked to support their local Cadet Detachments. The Lieutenancy strongly supports the Regular and Reserve Forces of the Crown and encourages all Local Authorities to honour the Community Covenant.

“It has been a great honour to serve as Honorary Colonel of KACF for the last six years. The opportunities given to the Cadets prepare them to be good citizens in adult life. This is only possible because of their dedicated Adult Instructors.”

” I would like to thank the officers, adults and cadets for their hard work over the years that I have witnessed at first-hand and wish them every success for the future”.

For further information on the Lieutenancy and its links with Kent Cadets please click here. If you would like to find out how to join the Kent Army Cadets please contact: [email protected]

The Lord Lieutenant of Kent, left, presenting  the Commandant of the KACF, Colonel Jeremy Wilson TD, with The Kent Army Cadet Force, Colonel’s Junior Leadership Trophy which will  form a new  award to be presented annually to cadets.