Opening of the Exhibition “Back to Blighty”, Tunbridge Wells Art Gallery, 24th July, 2014 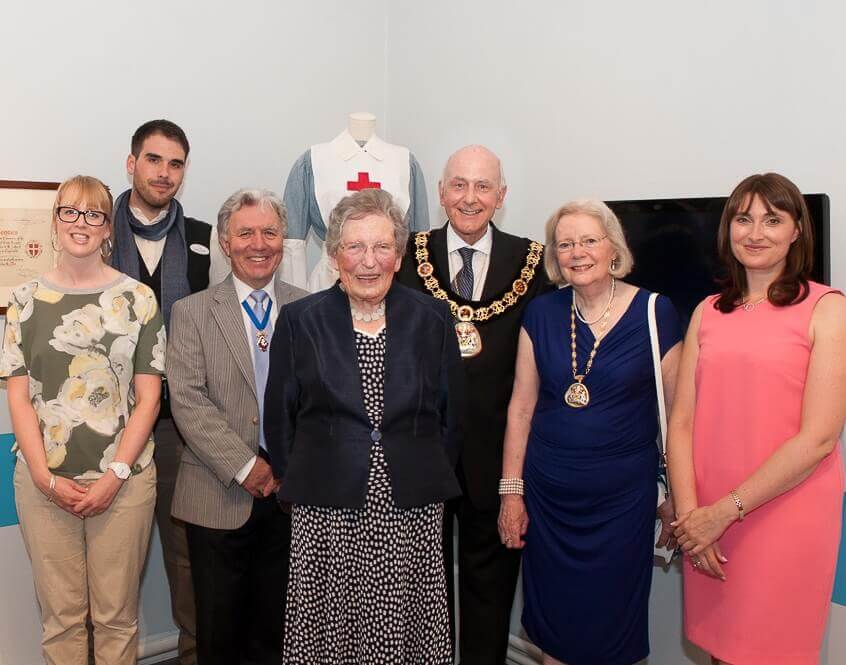 On Thursday the 24th of July, Baroness Audrey Emerton DL, officially opened the latest Exhibition at the Tunbridge Wells Art Gallery, ‘Back to Blighty’.  The Exhibition is open until the 4th of January 2015.

Tunbridge Wells, during WW1, was an important centre for the care and convalescence of wounded Soldiers, from both Britain and Belguim. 19 large houses in the town and two nearby villages, were converted into Voluntary Aid Detachments (VAD’s). Volunteer Nurses, trained by the Red Cross and the St John’s Ambulance Brigade, were deployed in large numbers. Two thirds of the injured treated in the VAD’s, were able to return to duty in France.

Lady Emerton, in her speech, said it was good to be back in her home town and then referred to the important medical advances that dealing with the wounded casualties had brought about, especially, the use of X-Ray equipment used on shattered limbs.  Good nursing care had helped to restore the emotionally scarred men. Her own father was a soldier during WW1, serving with the Machine Gun Corps.  He had never spoken of his experiences in the War to his family.

Members of the public enjoying the exhibition (c) David Hodgkinson

The Museum was greatly assisted by Phd students from Kent University, who carried out a great deal of research for the Exhibition.