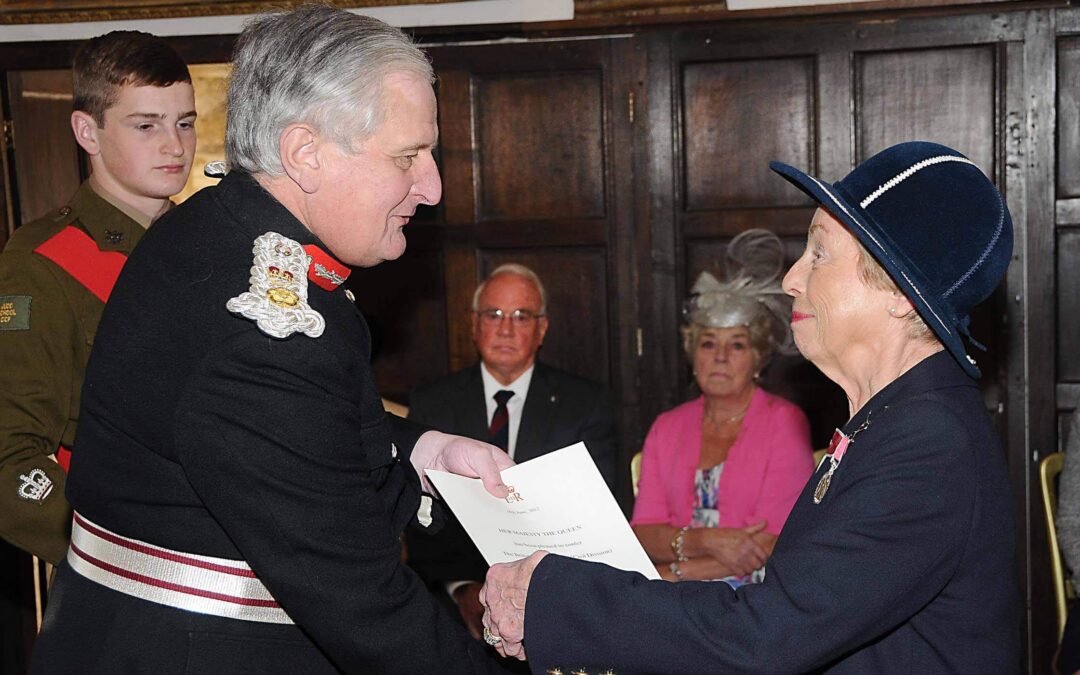 Chosen for their tireless community work and dedication, the three women and one man from across the County were named in The Queen’s Birthday Honours list in June after the medal was reintroduced for the Diamond Jubilee year.

They were presented with their awards by Kent’s Lord-Lieutenant, Viscount De L’Isle MBE, The Queen’s representative in the county, at a special ceremonial event at his home, Penshurst Place near Tonbridge.

Mrs Heather Clemence was awarded the British Empire Medal for her extensive voluntary and charitable services having held the posts of Vice Chairman and Chairman to the Sevenoaks Branch of the British Heart Foundation.

For the last 30 years, Mrs Patricia Leviston has been an active member of the local community in different roles including fundraising events for the Parish Council and was awarded the British Empire Medal for her services to the community in Cliffe.

Mr John Teague was also awarded the British Empire Medal for his services to the community as an active member of the St Vincent de Paul Society and providing food and shelter for those in need in Tunbridge Wells.

In presenting the medals, the Lord-Lieutenant congratulated the recipients for their dedicated work on behalf of others.