Promotional Event for Waterloo 200 Commemorations,13th May 2014 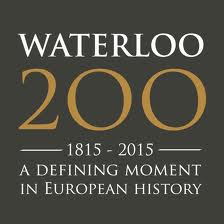 Teachers and school pupils from across Kent attended an event on 13th May 2014 at Wellesley House School, Broadstairs to learn about the Battle of Waterloo Commemorations in 2015.

The event, which was organised by ‘Hungry for History’, a national schools campaign, took place just over a year before the official commemorations of the Battle of Waterloo in June 2015.

During the event, a variety of guest speakers, including the Lord-Lieutenant, highlighted the significance of the Waterloo campaign as a defining moment in European history. The battle involved over 200,000 soldiers, of whom 47,000 died with 24,000 others wounded. Teachers and pupils learned about how the news of the Waterloo victory was brought ashore at Broadstairs, in East Kent and was taken through Kent and into London.

This journey is the inspiration for the New Waterloo Dispatch, a ceremonial interpretation of how the news was delivered.

The Kent Lieutenancy is supporting the events which will take place on Saturday 20th June 2015, when the New Waterloo Dispatch will be met on the beach at Broadstairs by The Lord-Lieutenant and Lord Warden of the Cinque Ports, before travelling to Canterbury Cathedral for a Service of Thanksgiving.

Further events are in the process of being planned for the weekend of 27th -28th June 2015, full details of which will be published later.