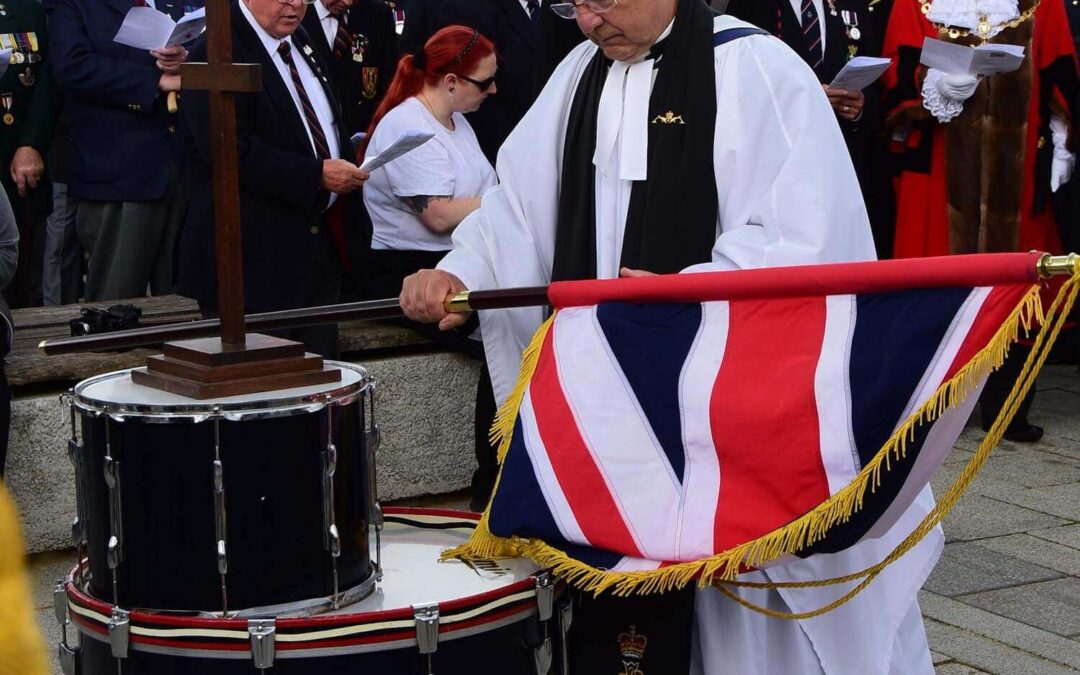 Ramsgate held their Armed Forces Day parade on 25th June with a Parade from the Sailors’ Church in Ramsgate’s Royal Harbour to the Obelisk at the East Pier, where a Drum Head Service was led by The Reverend Gordon Warren. After the service the Parade marched past the Ramsgate Council Offices where the salute was taken by The Mayor of Ramsgate, Cllr Trevor Shonk and Brigadier (Retd) David Ralls CBE DFC DL.