Remembering the WW1 Tontine Street bombing in Folkestone, 25th May 2017 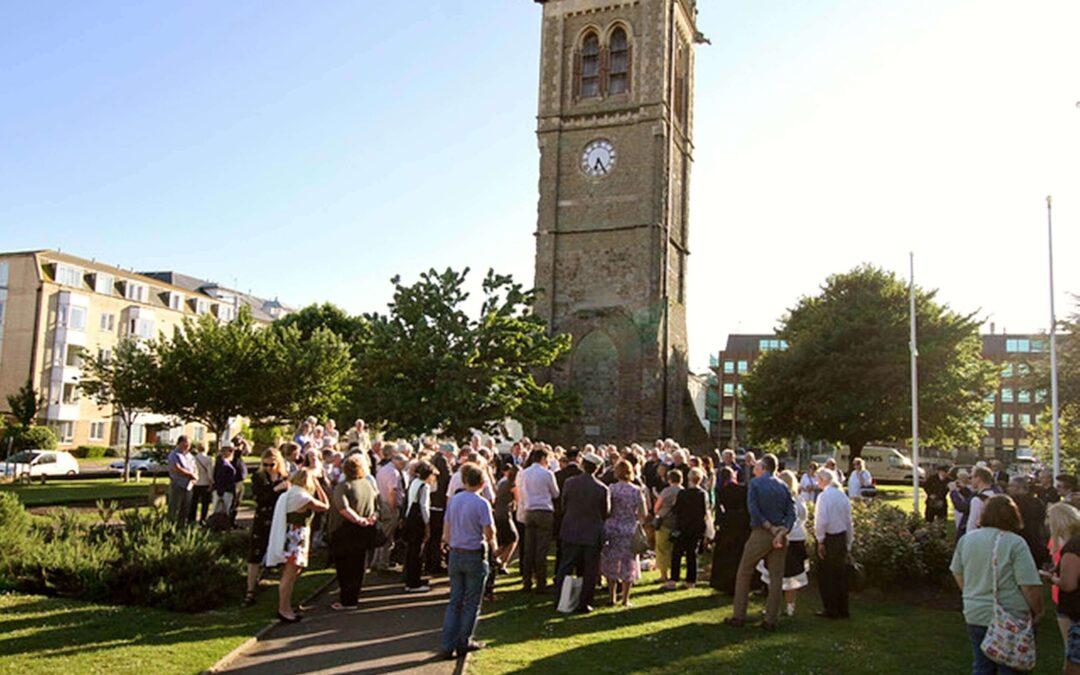 New memorial tablet unveiled to mark 100th anniversary of the bombing of Folkestone – the first ever air raid from aeroplanes on Britain. Descendants gathered at The Garden of Remembrance in Sandgate Road, Folkestone. (c) Hattie Miles.

The Lord-Lieutenant was represented by Mrs Ros McCarthy DL at a commemorative service which took place in Folkestone’s Methodist Church on 25th May 2017, to remember those who suffered or were killed in the German air raid on Folkestone and its neighbourhood, one hundred years ago on 25th May 1917 – the first air raid of its kind.  The event had been organised by descendants of the civilians who were killed indiscriminately by a single bomb as they were queuing for groceries in Tontine Street, at exactly 6.22 pm on that day – the time that a nearby clock stopped.   There were 61 deaths (including children) from this bomb alone.   At the service a minute’s silence was observed, not only for these victims, but also to honour the victims of the recent Manchester bombing which, ironically, had taken place earlier in the same week.

At the service the names of all those killed were read out, some by their direct descendants, and afterwards a plaque was unveiled and wreaths laid in the memorial gardens opposite the church by representatives of the families and of the fire service which supported them on that terrible day one hundred years ago.

Attendees round the clock showing the time of the unveiling – 6:22pm – exactly 100 years to the minute that the last and most devastating bomb fell on Tontine Street, causing the death of 63 of the 81 civilians killed in the Raid. (c)Hattie Miles.

The Tontine Street bombing of 1917 was the single greatest tragedy ever to have befallen Folkestone, and the significance of this event has been marked in a small way by individual members of the families involved each year since it happened, but, on the one hundredth anniversary, it was fitting that they should all come together, with members of the local community, to pay tribute to those who died.