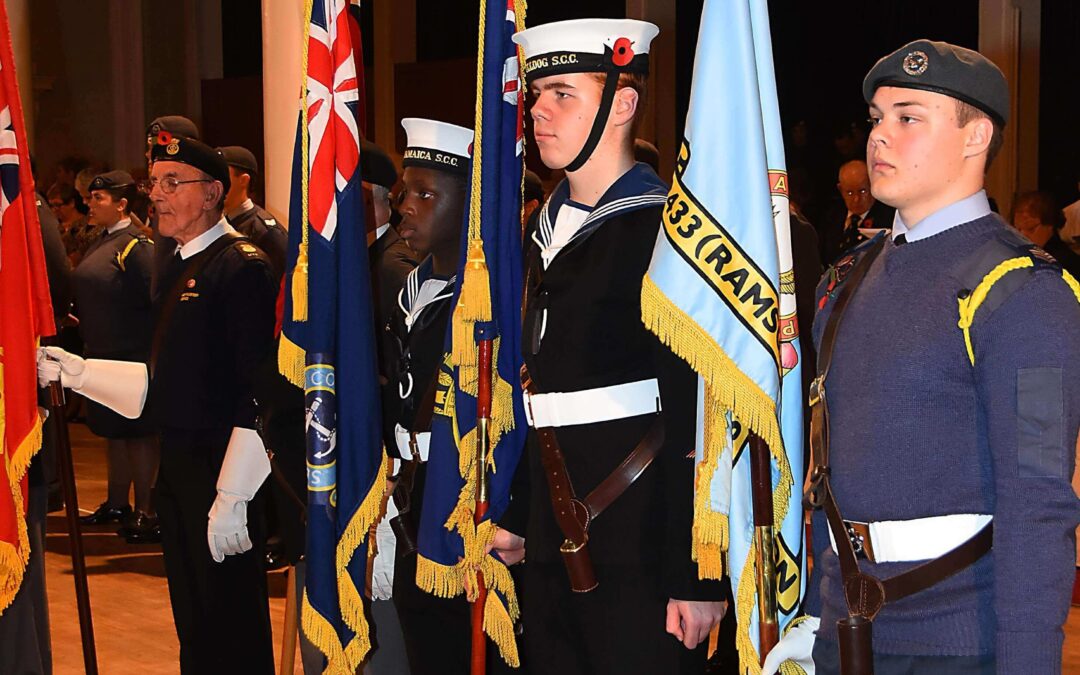 Royal British Legion and Association Standards on parade at the Festival of Remembrance. © Barry Duffield DL

The Vice Lord-Lieutenant of Kent, Mr Richard Oldfield DL, representing the Lord-Lieutenant, addressed the audience at the Royal British Legion’s 70th Festival of Remembrance held at the Winter Gardens, Margate, on 3rd November.

The Royal British Legion is recognised as the national custodian of Remembrance and led the Festival of Remembrance with the Band of the Corps of The Royal Engineers and the Parade of Service Representatives and Standards. The Festival was an opportunity to reflect on the sacrifices made by Service men and women and to remember all those who have given their lives for the peace and freedom this country enjoys today.