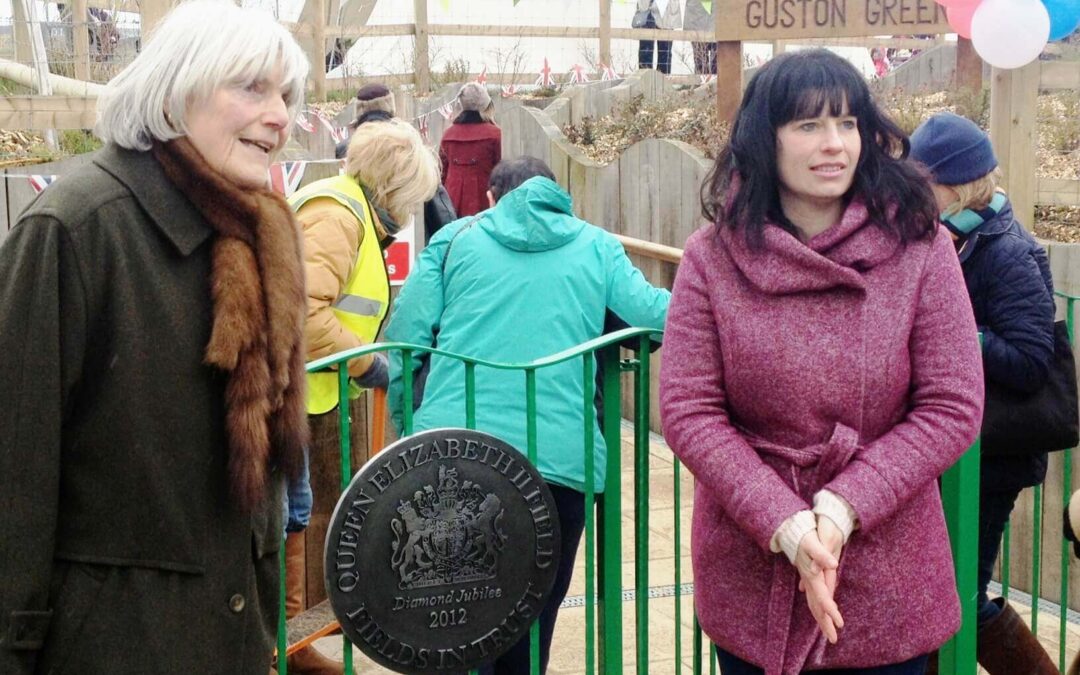 To commemorate the Commencement of WW1, the community of Rusthall Village held a special Service of Remembrance, together with a Rededication of their War Memorial.

Local Rusthall Historian, Mr Clive Roberts, was intrigued by a remark made by Canon Bob Whyte at the November Remembrance Service in 2000, “What a pity we know nothing more of these men who gave their lives for King and country.  If only we knew their Christian names they would seem less remote”

Clive resolved to do just that but it took almost a decade to complete the task of researching all the men named on the Memorial which resulted in the publication of his book in 2011, entitled ‘Rusthall’s Fallen – A Village at War 1914-1918’.

The warm reception given to the publication of the book became the catalyst for a team of local residents, led by a determined Clive, to have the War Memorial restored and for the name of J Barnett to be added.

The inscription for J Barnett was unveiled by the Rt Hon Greg Clark MP and the Affirmation was given to the many assembled for the occasion by Peter W Blackwell JP DL.

Wreaths were laid by Deputy Lieutenant on behalf of the Lord Lieutenant, by His Worship the Mayor of Tunbridge Wells Borough Council, Cllr. Julian Stanyer, by the Chairman of the Rusthall Parish Council, Mrs Jenny Blackburn, The Royal British Legion, The RAF Association, The British Army Association, 129 Squadron (Tunbridge Wells) Air Training Corps and T.S. Brilliant from Tunbridge Wells.  A Bugler from T.S Brilliant played The Last Post and Reveille. Both of the Cadet Organisations present have teenagers from Rusthall in their ranks.

Children from year 6 at Rusthall Primary School, read a Bible Reading and laid single white flowers. This was a moving moment in the service and which will help to ensure that, “We will remember them”.