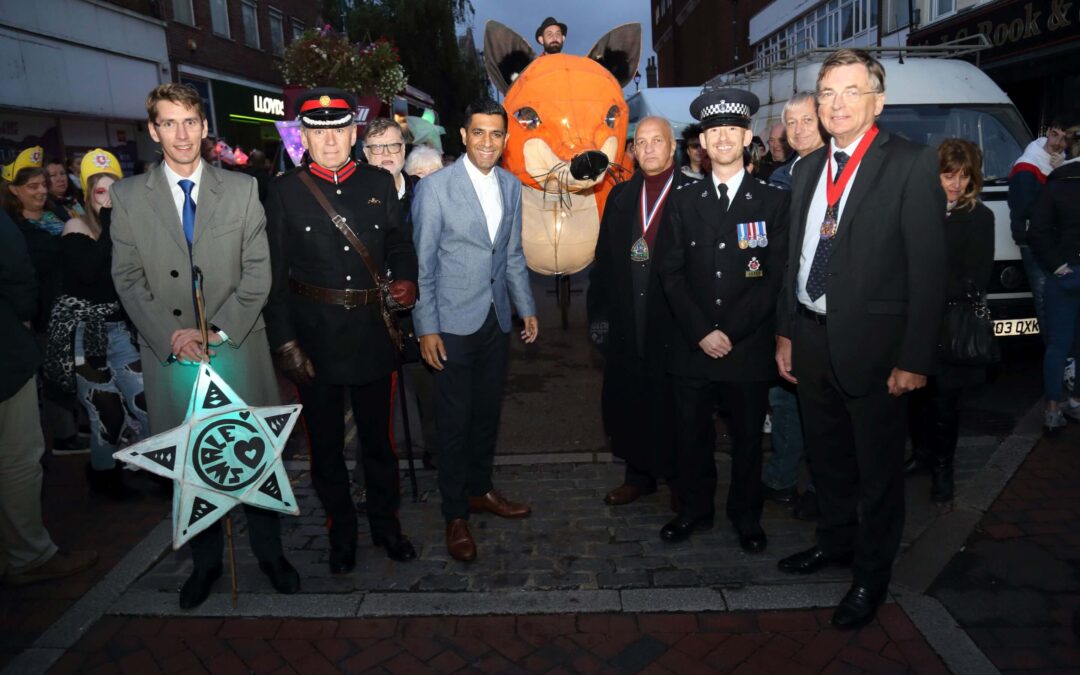 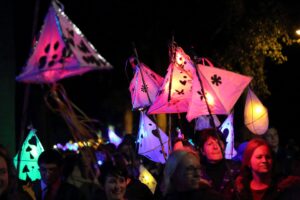 Mr Paul Auston DL represented the Lord-Lieutenant at the 3rd Swale Fusion Festival of Light  held in Sittingbourne on 11th October.
The festival is a community event which celebrates the core values of respect, excellence, friendship and equality and features a lantern parade, a culturally diverse artistic programme and a firework finale. It was organised by Cohesion Plus working in partnership with Swale Borough Council and Kent Equality Cohesion Council. 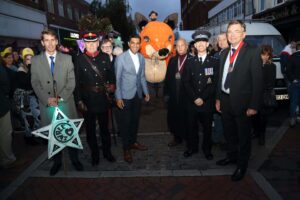 The Festival started in Sittingbourne High Street with spectacular performances from ‘Bloco Fogo Samba’ who brought their signature carnival beats to the proceedings as well as a show stopping performance from the ‘Folk in Fusion Drumming Collective’ and ‘Fat Cat Brass’. Also attending for the first time was ‘Oscar the Fox’, a large scale mobile art installation who entertained the crowds.
People lined the route as the colourful lantern parade passed by. It featured 13 local schools that all benefited from free creative arts workshops in the build-up which were led by ‘Same Sky’, ‘Ideas Test’ and ‘Big Fish Arts’. In addition free music and dance workshops were also delivered in a number of local schools as part of the Platforma Festival as well as a free lantern making workshop for community members which proved to be popular additions to the festival. 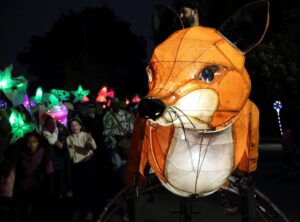 The parade made its way along the High Street, through Roman Square, finishing at Albany Park which was specially decorated for the evening with winter themed lights and installations. In the park the audience was entertained by the SFM Road Show and a spectacular firework finale.