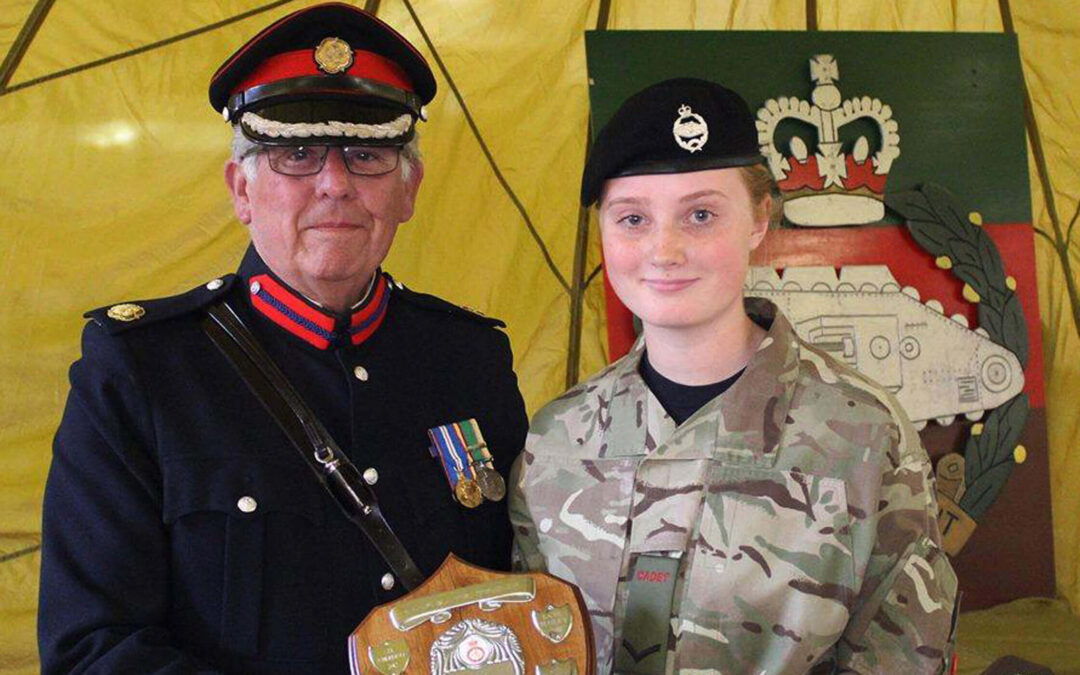 Margate Army Cadets recently held their annual Presentation Evening which was attended by the Mayor of Margate, Councillor Robin Edwards and  former Army Cadet Force PR Officer, Barry Duffield DL, representing the Lord-Lieutenant. The Detachment Commander, 2nd Lieutenant Alison Green, thanked all those who attended the evening and congratulated all cadets who received awards which were presented by The Mayor of Margate and Barry Duffield DL.

The Mayor of Margate, Councillor Robin Edwards, presenting one of the awards to a deserving cadet. (c) Barry Duffield DL