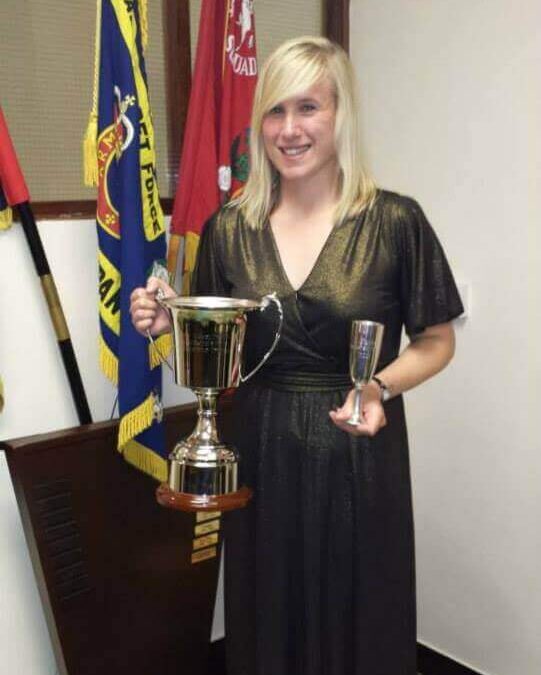 The Lord-Lieutenant with the Commandant Colonel Jeremy Wilson TD

In November last year, Viscount De L’Isle MBE, Lord-Lieutenant of Kent handed over, after six years, as the Honorary Colonel of Kent Army Cadet Force to Colonel James Partridge TD DL. Having consulted the Commandant Colonel Jeremy Wilson TD, Lord De L’Isle presented a Junior Leadership Trophy for the Junior Adult Officers or NCOs, as well as Cadet NCOs, who have demonstrated the most improvement in his or her leadership skills and will normally be awarded at the end of annual camp.

The Trophy was awarded for the first time at Oakhampton Camp in August, to Adult Under Officer, Hannah Green, Detachment Commander (DC) Dartford.

“AUO Green was appointed as an Under Officer in 2012 and is now one of the stalwart members of the Potential Officer Cadre in the County. Since joining the Cadre her self-confidence has improved considerably with the realisation that she has the ability to make clear assessments of situations, produce workable plans and implement her ideas with confidence and success.”

“The Army Cadets is a great way for young people to test themselves and to broaden their horizons. If you are willing to apply yourself and try something different, you will really enjoy it”.