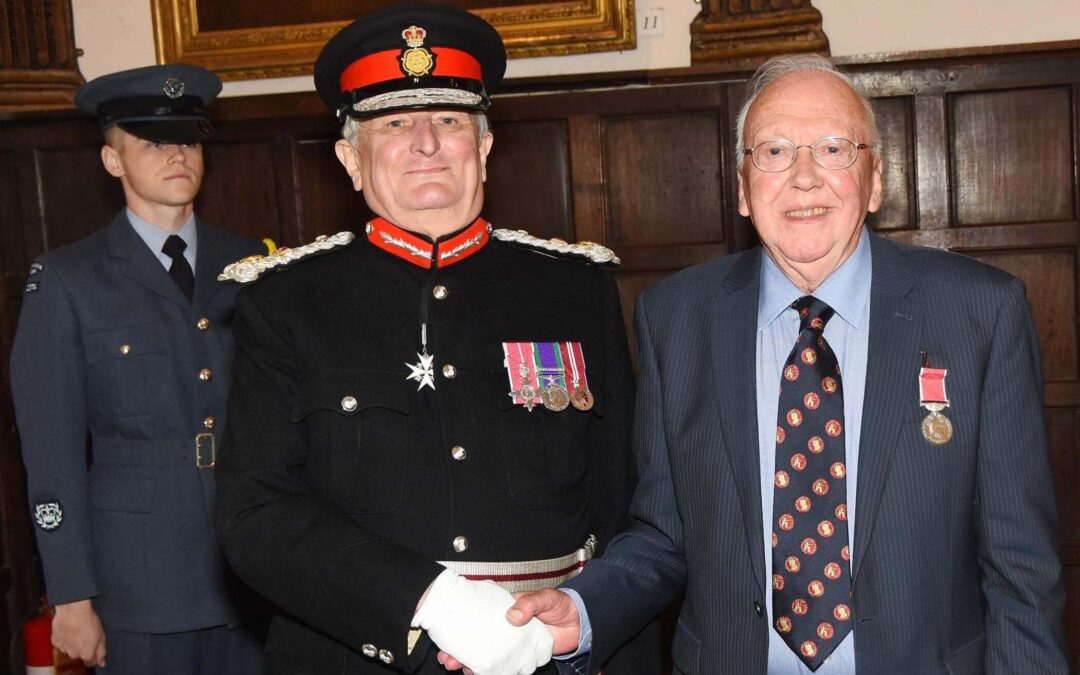 Kent’s finest were honoured by The Queen with the presentation of their British Empire Medals (BEM).
Chosen for their outstanding community work and dedication, the 9 recipients, Mrs Jacqueline Clark (Goudhurst), Mr James Cooper (Canterbury), Mr Paul Emden (Folkestone), Mr Thomas Fisher (Kilndown), Mrs Ann Foat (Canterbury), Mr Michael Marshall (Folkestone), Mrs Pauline Panton (Sittingbourne), Mr Brian Sleightholm (Broadstairs) and Mr Richard Tyler (Dartford) were named in The Queen’s Birthday Honours list after the medal was reintroduced in the Diamond Jubilee year.
The Lord-Lieutenant, Viscount De L’Isle MBE, held an Investiture at Penshurst Place to present the nine Medallists with their award, following the official announcement in June this year.
The Ceremony took place in the Sunderland Room where guests of the recipients were able to witness the Ceremony.  The short citations were read by Lieutenant Colonel (Retd) Richard Dixon TD DL, a Deputy Lieutenant.  Two of the Lord-Lieutenant’s Cadets, Able Cadet Laura Potts from the Dover and Deal Sea Cadet Corps and Cadet Warrant Officer Jack Etherington from 2374 Ditton Squadron, Kent Wing ATC also assisted the Lord-Lieutenant during the Ceremony. In presenting the medals on behalf of The Queen, the Lord-Lieutenant congratulated the recipients for their dedicated work on behalf of others.