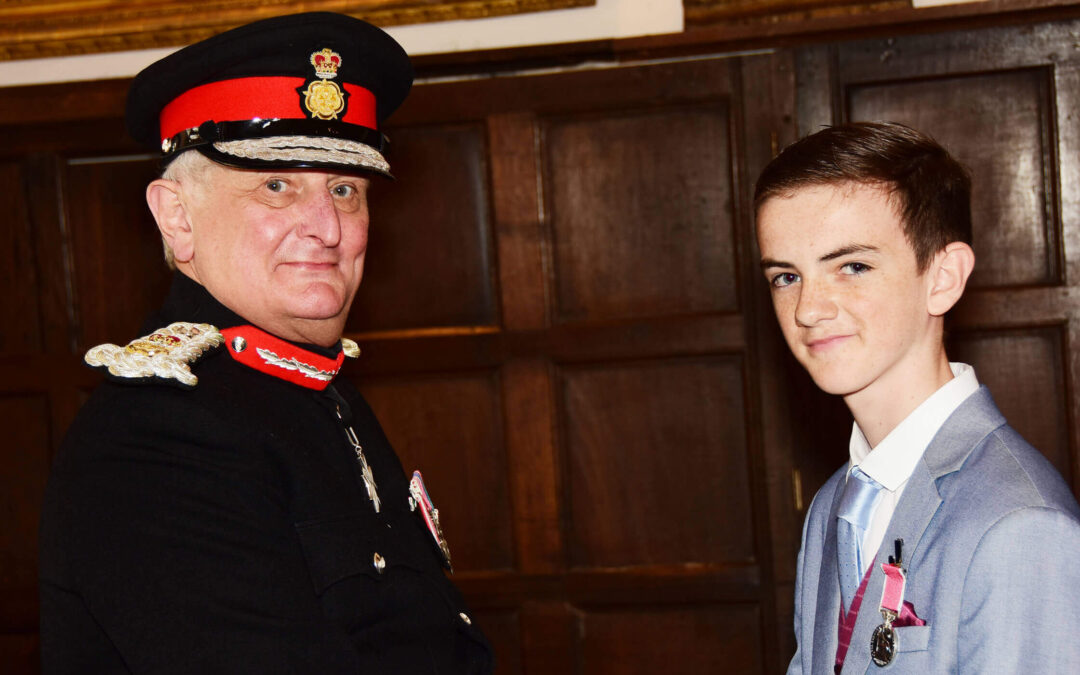 Twelve Kent residents were honoured by Her Majesty The Queen with the presentation of their British Empire Medals on 12th May, 2016.
Chosen for their tireless community work and dedication, the recipients  were named in The Queen’s New Year Honours list after the medal was reintroduced in the Diamond Jubilee year.
The Lord-Lieutenant, Viscount De L’Isle MBE, held the Investiture at Penshurst Place to present the Medallists with their awards.
Short citations were read by Lieutenant Colonel (Retd) Richard Dixon TD DL. One of the Lord-Lieutenant’s Cadets, Sergeant Major Thomas Hunt also assisted the Lord-Lieutenant during the ceremony. In presenting the medals on behalf of The Queen, the Lord-Lieutenant congratulated the recipients for their dedicated work on behalf of others.