Centenary Commemoration of the Sinking of Three Cruisers of the Chatham Division, 22nd September 2014 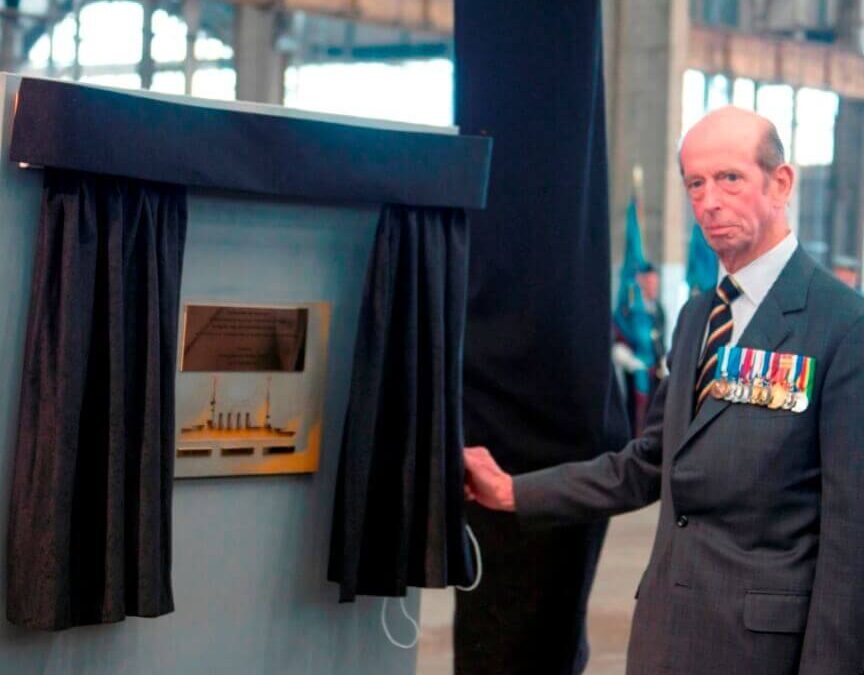 On Monday 22nd September 2014, His Royal Highness The Duke of Kent  was the Principal Guest at a Drumhead Service which formed part of The Historic Dockyard Chatham’s First World War Centenary commemorations. This nationally significant commemoration marked the loss of three Royal Navy Cruisers – HMS Aboukir, HMS Hogue and HMS Cressy – sunk by enemy submarine action on 22nd September 1914 off the Dutch coast in the North Sea with a total loss of life of 1,459 men – 1,264 of whom were from the Chatham Port Division.
The day’s commemorations commenced with a ceremonial Drumhead Service led by The Right Reverend Dr Stephen Venner DL with music provided by The Band of Her Majesty’s Royal Marines (CTCRM) Lympstone and a Royal Navy Guard on parade.

Those attending included the Lord Lieutenant of Kent, the First Sea Lord, other senior Royal Navy and military officers, civic dignitaries from Kent and The Netherlands, members of the Live Bait Squadron Society and guests and families of those who have a direct connection with the action of 22 September 1914. Service Association Standards will also be taking part.
During the Service, The Duke of Kent unveiled a plaque commemorating the loss of the Three Cruisers. The Drumhead Service concluded with an Act of Remembrance during which the Mayor of Medway handed a poppy wreath to the Mayor of The Hague for laying at Dutch Commemorations on Wednesday 24th September. At the service’s conclusion the Last Post was played by Royal Marines buglers as 1,459 poppy petals (one for every life lost) fell.