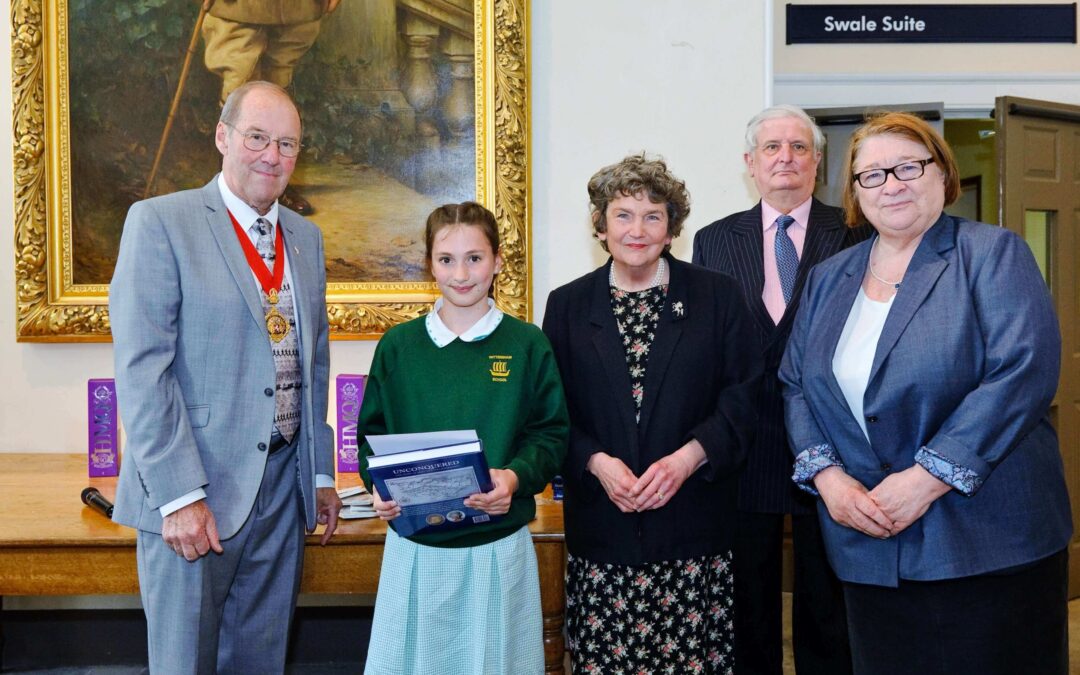 The Lord-Lieutenant attended the Final of a 90th Birthday Cake Competition for Kent Primary Schools held on Wednesday 8th June at County Hall, Maidstone, as part of The Queen’s 90th Birthday Celebrations.
The initial entry was 100 designs in the first round. This was whittled down to 13 Finalists, who were asked to make the cake and decorate it to the design which was submitted in the first round.
The judges were Rosemary Shrager, who runs her own Cookery School in Kent and the Lord-Lieutenant’s wife, Viscountess De L’Isle, herself an accomplished Cordon Bleu Cook who managed her own London Cookery School before marriage.
The Judges toured the 13 contestants who were seated at tables on which was their cake. Following this they joined the Chairman, Tom Gates, and his wife, in the Chairman’s Office to compare notes and decide on the three best cakes. As the standard was very high this was no easy task.
This was followed by a prize-giving ceremony introduced by the Chairman.
The worthy winners photographs appear below.