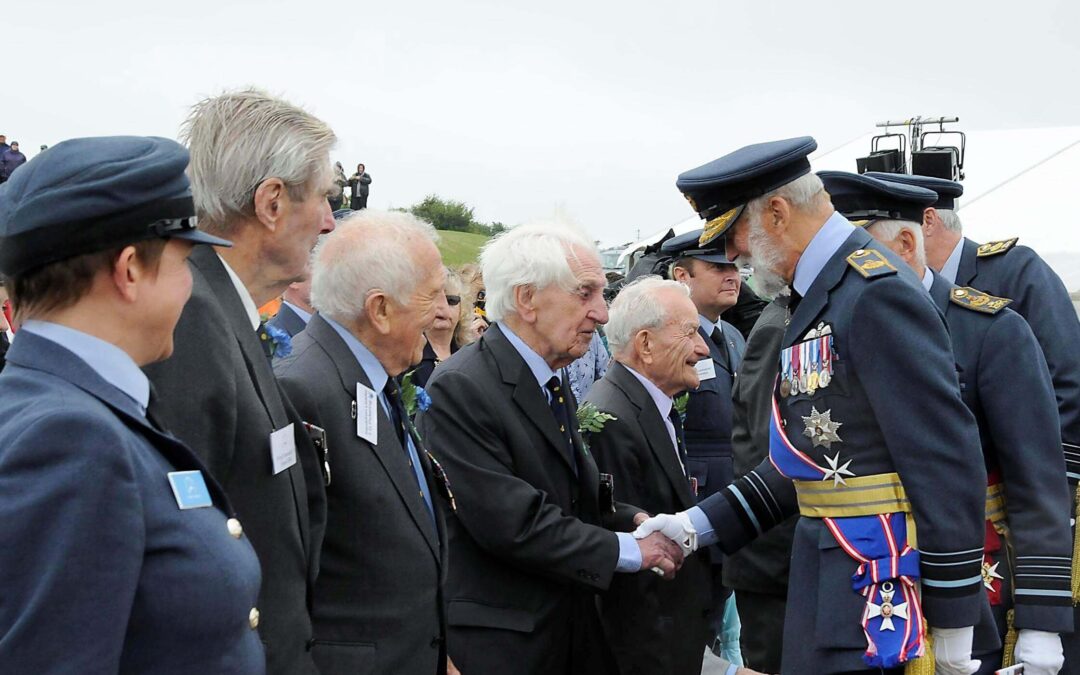 Wreath laying ceremony with standard bearers in the background at The Airman Memorial. (c) Barry Duffield.

The cool and blustery weather did not dampen the spirits of the many members of the public who attended the Memorial Day Event at Capel-le-Ferne.
Since the 2014 Memorial Day the iconic “Wing” Visitor Centre has been built and was officially opened by The Queen on 26th March 2015. Following the opening the new centre has been very popular with visitors. For  details please visit  http://www.battleofbritainmemorial.org

Memorial Day took its usual form with a large official lunch followed by a drumhead service at which wreaths were laid at The Airman Memorial, and also a march past of the Guard of Honour from the RAF Regiment Reserve, Air Training Corps, Cadets and Massed Standards.
Unfortunately the low cloud base prevented the planned flypasts.
During the day HRH Prince Michael of Kent GCVO spoke to members of “The Few” and inspected the Guard of Honour and Standards.