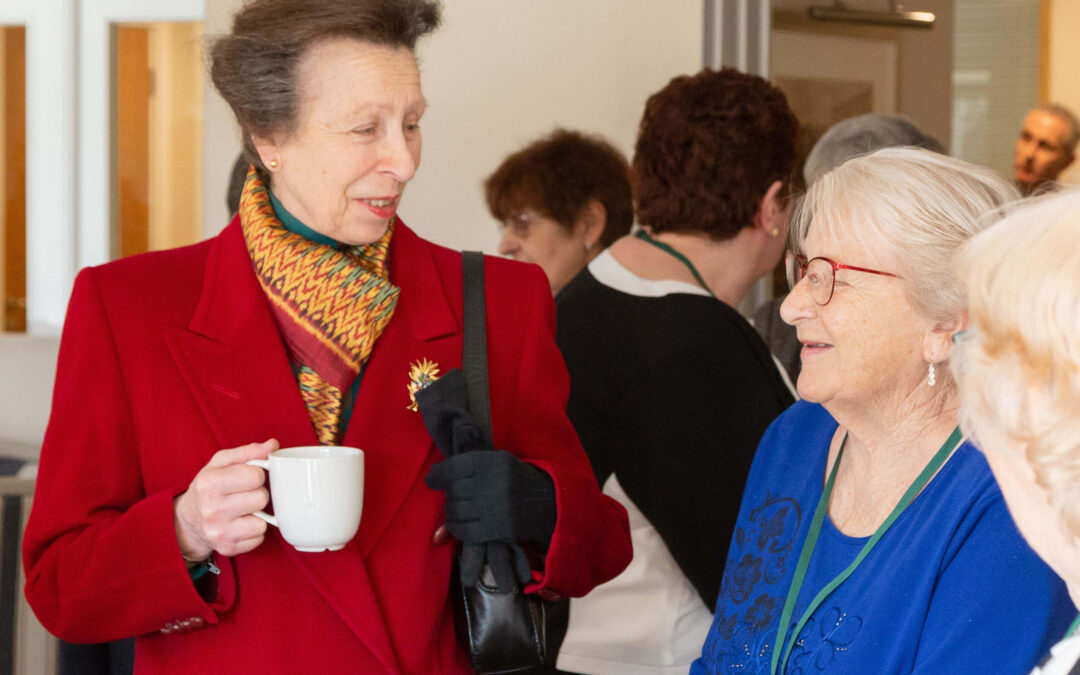 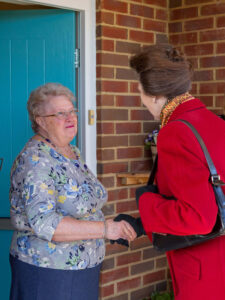 Prior to unveiling a commemorative plaque, Her Royal Highness was introduced to a number of dignitaries, including the Vice Lord-Lieutenant of Kent Richard Oldfield, the High Sheriff of Kent Paul Barrett, the Mayor of Ashford Cllr Jenny Webb, the Town Mayor of Tenterden Cllr Jean Curteis, Ashford Borough Council CEO Tracey Kerly, and Chair of Kent County Council Ann Allen.

Earlier, during an escorted tour of the award-nominated scheme and its facilities, The Princess Royal was welcomed into the home of resident Mrs Barbara Williams who chatted to her Royal guest about her experiences of living at Danemore.

Barbara said: “She was lovely. When I heard that The Princess Royal was coming to visit I was thrilled and hoped I would get to see her. When she called into my home you can imagine how delighted I was to meet her. We had a lovely chat and a laugh.” 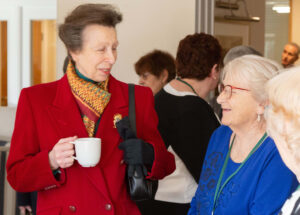 Before unveiling the commemorative plaque, The Princess Royal met and chatted with residents of the scheme in the communal lounge, much to the delight of the people who are now proud to call Danemore home.

The reopening is a major landmark in the council’s multi-million pound modernisation plan for its sheltered housing schemes. Located a short walk from the town centre, the new-look Danemore provides 34 homes for affordable rent for older people, together with four chalet bungalows which are being sold on the open market to subsidise some of the project’s costs.

Modelled on the multi-award-winning Farrow Court scheme developed by the council in Ashford, Danemore has 25 one bedroom and nine two-bedroom apartments, built to a high quality that are care ready. 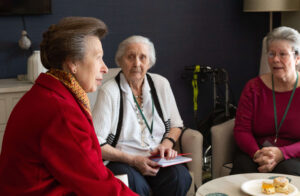 “All the apartments are now occupied and I’m delighted to say that we are already seeing a really happy community atmosphere being generated here,” said Sharon Williams, head of housing at Ashford Borough Council.

Danemore is designed to be dementia-friendly throughout, taking into account colour schemes, light, corridor lengths, patterns and memory shelves. It has been devised in recognition of the need to make special provision for an ageing population – by 2026 it is anticipated that around 40% of Ashford residents will be aged over 50. 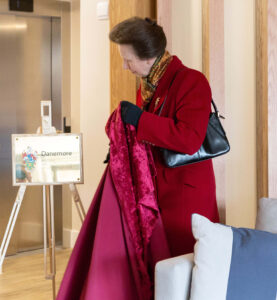 Sharon Williams said: “The council has a strong track record of taking an innovative approach to delivering quality accommodation that meets the needs of residents. Our approach to the health and housing agenda is leading the way and gives people the chance to live independently, providing a range of cost, social and health benefits.

“Farrow Court was the first project in our proactive approach to sheltered scheme remodelling and it has set the bar high. With the addition of Danemore and other schemes in the pipeline, we are making real progress in tackling the needs of an ageing population and helping to reduce social isolation.” 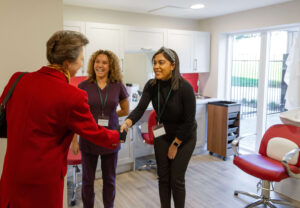 A therapy room provides a range of treatments for residents. ©Heritage & Holland Photos

A real community spirit is fostered by the inclusion of shared facilities, including ‘hubs’ or sub lounges in addition to a main communal lounge located on the ground floor. The scheme has been designed to maximise natural daylight in each home and through the many shared spaces.

Just as much care has gone into designing exterior spaces. The traditionally built carbon friendly flats incorporate a large area of green roofing, with each flat benefiting from a winter garden balcony protected by a glazed screen. There are architect landscaped designed garden spaces with potting shed and raised beds for residents to use.

Security and connectivity are high priorities – the scheme has CCTV monitored both on and off site, a video door entry system, a sprinkler system fitted in every apartment, the council-controlled Lifeline system installed and free WiFi in the lounge, with Freeview and Freesat also available in each of the 34 apartments. 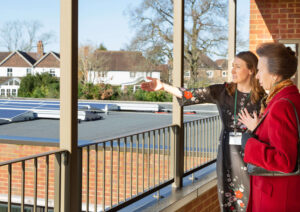 The Princess Royal was keen to learn more about Danemore during her tour. ©Heritage & Holland Photos

A manager is available to ensure the smooth running of the scheme, while ABC’s own Handyman service is able to help with maintenance work.

Danemore cost more than £7.5m, paid for through the council’s housing revenue account and grant funding from Homes England. The old Danemore sheltered housing scheme was demolished in 2017, with the new facility built by Westridge Construction Ltd, with architects PRP also involved.