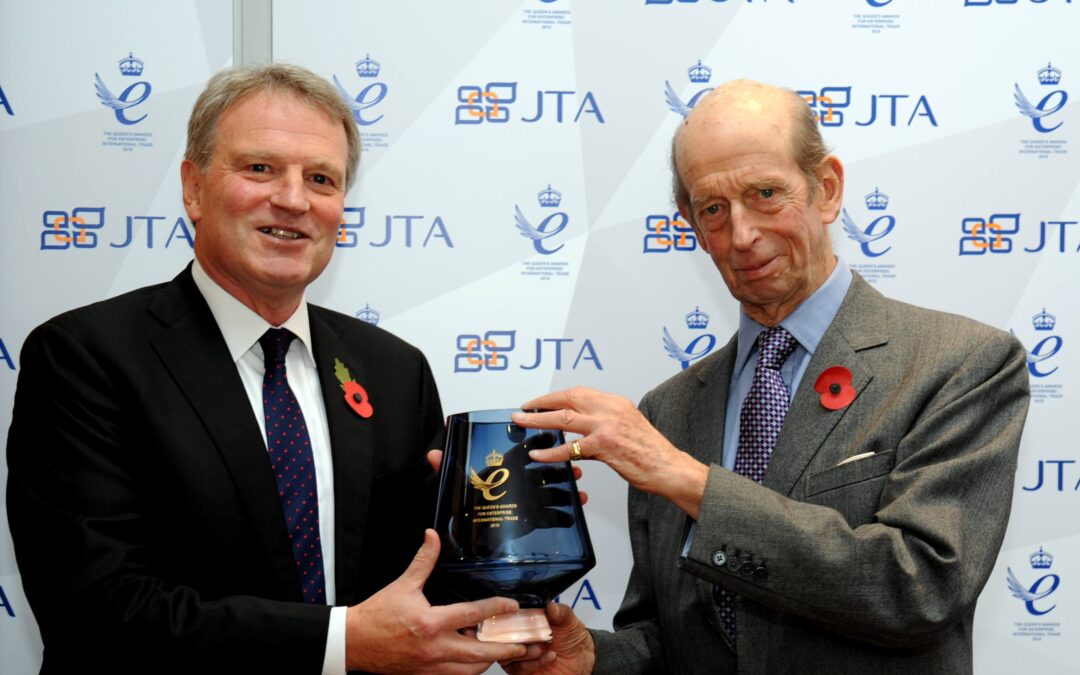 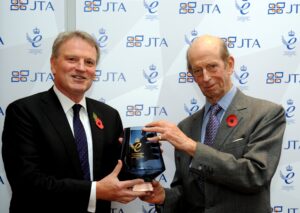 HRH The Duke of Kent presenting Jon Tibbs, Chairman of JTA, with its second Queen’s Award for Enterprise in International Trade. (c) JTA.

HRH The Duke of Kent presented staff at JTA (Jon Tibbs Associates Limited) with the highly prestigious Queen’s Award for Enterprise in International Trade 2018 at the company’s head office in Kent on 1st November.

It was announced in April that JTA, the world’s leading independent communications and public affairs consultancy in sport, had won the 2018 “Queen’s Award for International Trade for Outstanding Short Term Growth in overseas sales over the last three years”. This is the second such award for JTA in four years, with the company winning its first Queen’s Award for Enterprise in International Trade in 2014.

HRH The Duke of Kent was accompanied by the Lord-Lieutenant of Kent, The Viscount De L’Isle MBE for the formal presentation of the award. JTA Founder and Chairman Jon Tibbs OBE welcomed the guests with a short opening speech, before the Lord-Lieutenant read the citation and HRH  presented JTA with the award. 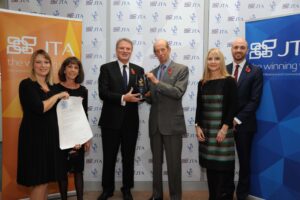 Pictured with the Duke of Kent are the JTA Board of Directors  at the company’s head office in Kent. (c) JTA.

After being presented with the Queen’s Award by HRH The Duke of Kent, Jon Tibbs said:

“It was an honour to be presented with such a prestigious award from His Royal Highness in the office where JTA officially started 10 years ago. Today was a truly special day for all the staff at JTA and a reminder to everyone of the value of their dedication and hard work. This award is a reflection of our commitment and quality of service to our international clients, and we are fully aware that we are only as good as our clients’ success. We are so grateful for their continued loyalty to JTA.

“JTA is incredibly proud to be recognised as a growing British exporter. We are driven by the excitement of new challenges in new parts of the world, and we are determined to continue growing in markets we have yet to explore.” 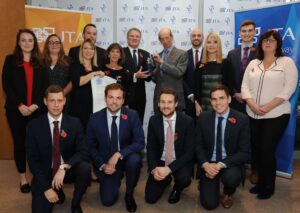 The JTA Team with The Duke of Kent. (c) JTA.

Since receiving its first Queen’s Award in 2014, JTA has continued to grow its revenue and profits.  To help accelerate further overseas growth, JTA is in the process of opening new offices in Beijing and Lausanne. The Los Angeles office was opened in 2016, and there has been  expansion of the JTA Design business in Alicante. However, the heart of JTA remains rooted in the local community, with its headquarters based in Kent, where the company was founded. The company’s fast-growing core client-facing team is based in JTA’s central London office, where a young staff is dedicated to sustaining JTA’s reputation as a world leader in brand building, communications and international relations within the Olympic Movement and the wider world of sport.