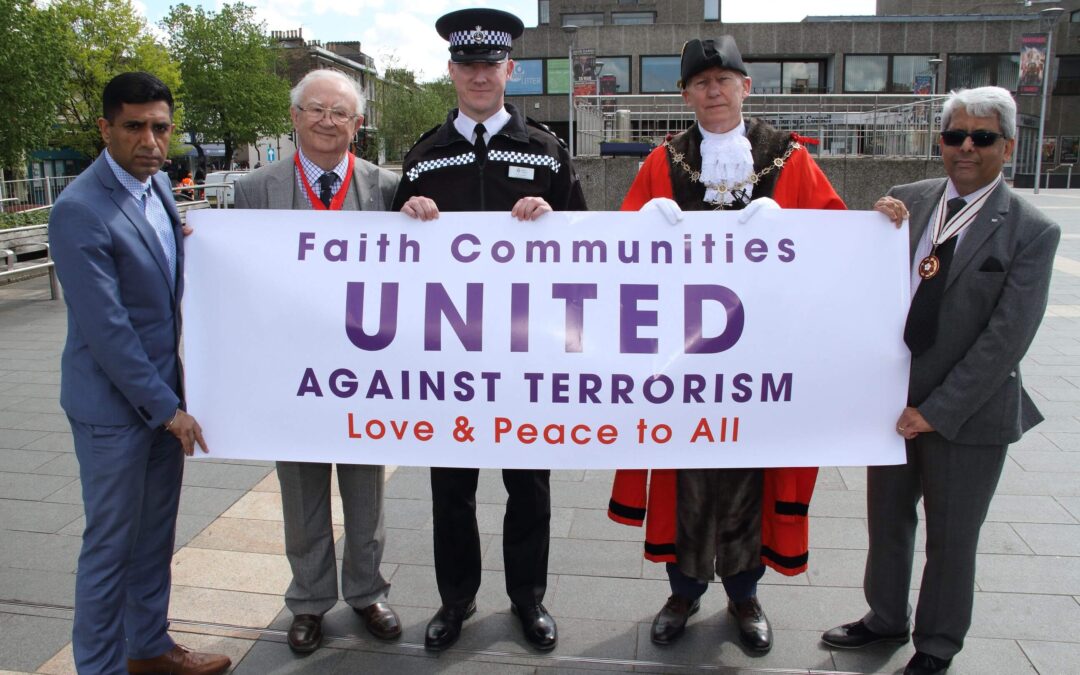 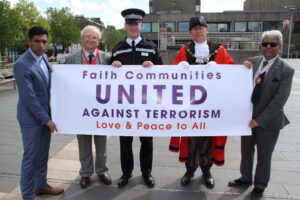 Kent Equality Cohesion Council and Gravesham Borough Council organised an inter faith gathering on Friday April 26th which was attended by faith and community organisations from across the borough.  The event, organised to pay respects and remember those who lost their lives in the Easter Sunday Sri Lankan terror attacks, was held on Community Square and was attended by around 100 people. Deputy Lieutenant Dr. Bhargawa Vasudaven DL represented the Lord-Lieutenant, the Viscount De L’Isle MBE, at the event.

Speakers from different faith and community organisations spoke to condemn the attacks and urged the community to stand together and not to be divided by the terrorists.  The speakers included Gurvinder Sandher from the Kent Equality Cohesion Council, Reverend Richard Martin from the North Kent Interfaith Forum, Senior Pastor Tom Griffiths and Father Innocent. 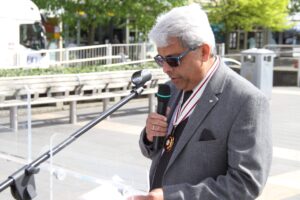 The Mayor of Gravesham Cllr David Hurley, Deputy Lieutenant Dr Vasudaven, and Adam Holloway MP also spoke, strongly condemning the attack and offering their condolences and support to anyone affected in the violence.  They were joined by Chairman of Kent County Council Cllr Mike Angell, Chief Inspector Neil Louden of Kent Police, as well as representatives from the Guru Nanak Dabar Gurdwara, Gravesend Hindu Mandir, Gravesend and Dartford Muslim Association and the Buddhist faith.  After the speeches, the Christian flag was raised as a symbol of solidarity on Community Square.
Gurvinder Sandher CEO of Kent Equality Cohesion Council said “I was shocked by the attacks that took place in Sri Lanka on Churches and Hotels on one of the holiest days of the year.  Attacks like this are tragically becoming commonplace and it is up to us as a community to come together and condemn the violence in the strongest way.  We must come together and unite where terrorists of whatever persuasion are seeking to divide us.  I was pleased that faith groups from across the borough came and stood united to condemn these atrocities.”