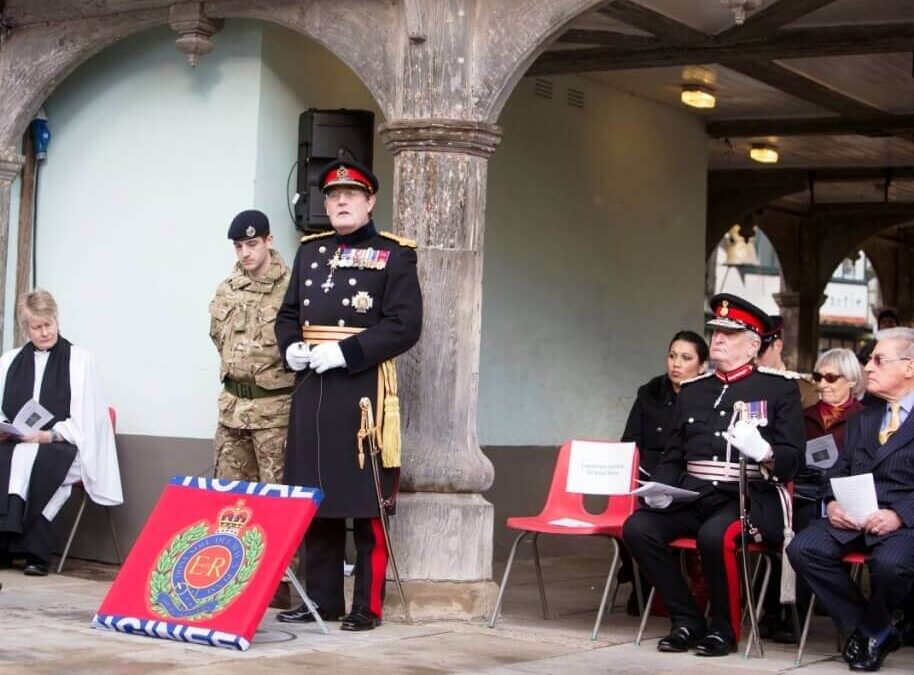 Philip Neame was born at Macknade near Faversham on 12th December 1888 and educated at Cheltenham College.

Entering the Army in 1908, he was a Lieutenant at the outbreak of war in 1914 when in October he was posted to France with the 15th Field Company Royal Engineers. On 14th December 1914 he was awarded the Victoria Cross “For conspicuous gallantry near Neuve-Chapelle when, notwithstanding the very heavy rifle fire and bomb-throwing by the enemy, he succeeded in holding them back and in rescuing all the wounded men whom it was possible to move.”

At home for a week’s leave in July 1915, he was given a hero’s welcome in Faversham at an official reception before going on to Windsor to receive his medal from King George V. He continued in the war, being mentioned in despatches five times and awarded the DSO in 1916. Later he was also awarded both the French and Belgium Croix de Guerre and made a Chevalier of the Legion of Honour, ending the war as Lieutenant Colonel.

He continued his Army career after the war with various postings which included India and Tibet and managed to keep up his target shooting, winning a Gold Medal with the British Empire Team at the 1924 Paris Olympic Games. He was made CB in 1939.

He fought in the Second World War in France, Egypt Palestine and Libya where he was captured in 1941 in the desert in Cyrenaica and then moved to Italy as a prisoner of war. He escaped in September 1943, spending nearly 4 months ‘on the run’ supported by local Italian partisans before linking up after a hazardous journey with the advancing Eighth Army, finally arriving back in London on Boxing Day 1943 and was knighted in 1946.

After the end of the war in 1945 he became Lieutenant-Governor of the Bailiwick of Guernsey until 1953.

As Part of the centenary commemorations of World War I, paving stones are being laid in memory of  holders of the Victoria Cross, near their home. Kent has six holders of the Victoria Cross awarded in 1914-1918. The slab for General Neame’s VC was unveiled in a ceremony on 19th December 2014 by The Chief Royal Engineer Lieutenant General Sir Mark Mans KCB CBE DL and attended by Lieutenant General Neame’s children,Veronica and twin sons Nigel  and Philip, followed by a reception in the Shepherd Neame Brewery.