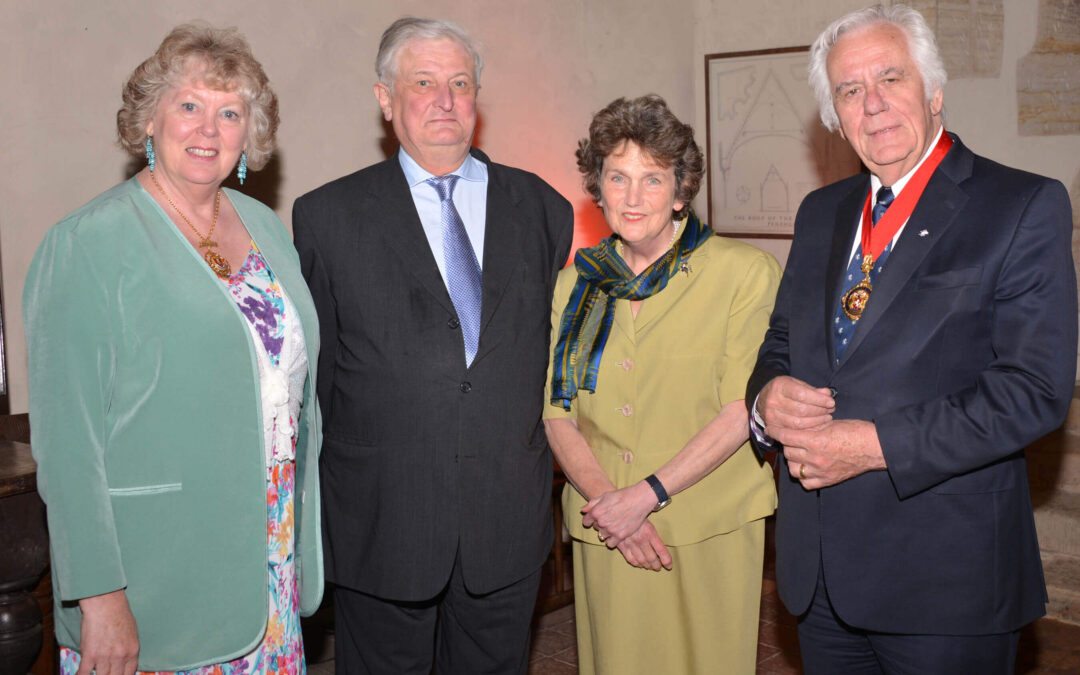 Kent’s in-coming civic heads were congratulated by The Queen’s representative in the County at a reception on 19th June to welcome them at the start of their year of office.

It was an opportunity for the new County, Borough and District Council Chairmen and Mayors from across the County to meet and get to know one another.

The reception was hosted by the Lord-Lieutenant, Viscount De L’Isle MBE, and his wife, the Viscountess De L’Isle at their home, Penshurst Place.

He told the new civic heads: “Tonight is an opportunity to meet your respective Link Deputy Lieutenants that will support you during your term of office.  I offer you my congratulations in being honoured as first citizens of your communities and wish you a happy, memorable and productive year ahead”.