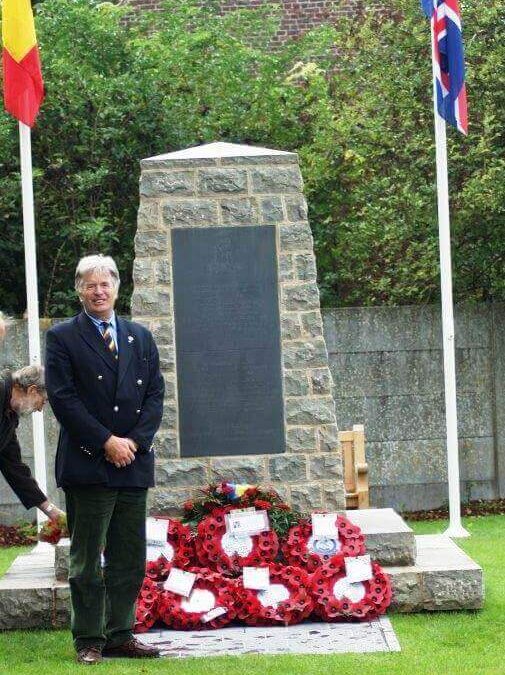 George Jessel DL laid a wreath on behalf of The Kent Lieutenancy at the Tertre Memorial to honour the Queen’s Own Royal West Kent Regiment.

The Jessel family joined the Mons Centenary Tour, organised by Peter Rollington who runs a charity called Great War Battlefields to commemorate the first British engagement of the First World War at Mons, Belgium.  George Jessel DL, in his capacity as a Deputy Lieutenant, laid a wreath at the Tertre Memorial to honour the Queen’s Own Royal West Kent Regiment who went into action for the first time on Saturday 23rd August, 1914.  Although the regiment was overwhelmed they fought with enormous courage losing 90 men out of 200 soldiers of A Company.  They were faced with 3,000 German infantrymen who swarmed over the canal, and one remarkable incident personal to the author being an ex 15th/19th Hussar was that this also was the first engagement of the 19th Hussars who were acting as a scouting party for the West Kents.

President of the Queen’s Own Buffs Regimental  Association, Colonel Peter Bishop OBE DL ,said “It is important in this centenary year to remember the sacrifice made by these young men who are an inspiration in courage to our present generation. The mayor and the people of Tertre have made us very welcome during this weekend and we thank them for their support and hospitality.”