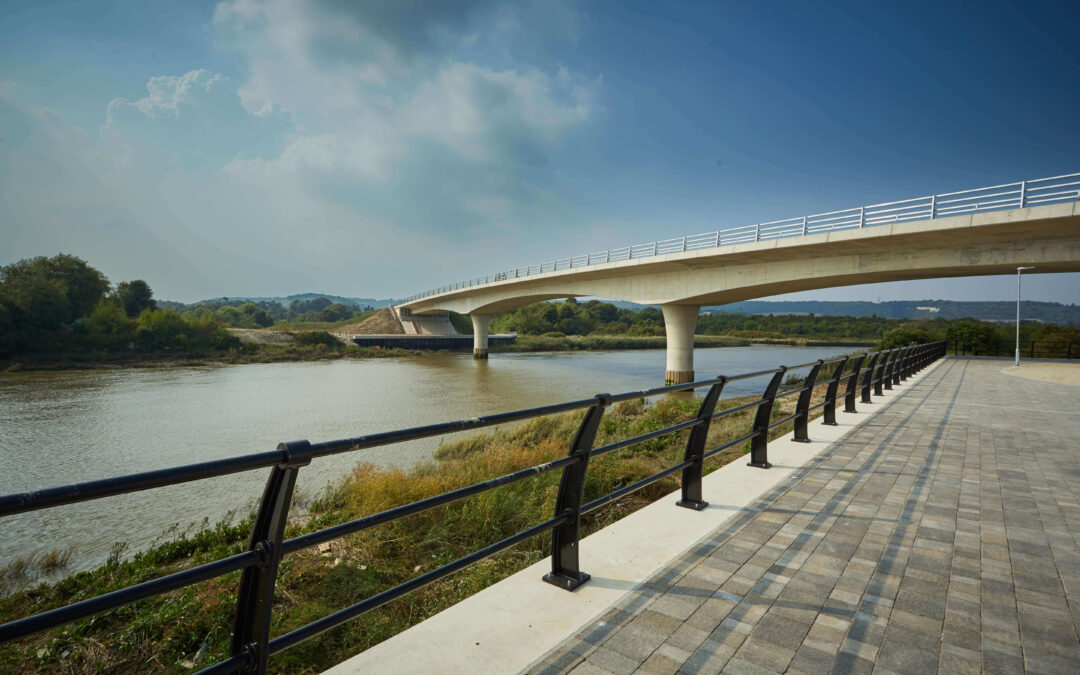 The Lord-Lieutenant of Kent was delighted to cut the ribbon at the official opening ceremony of the new £19 million bridge over the Medway which links the upper reaches and Aylesford village – some eight miles away. Part of a £50 million infrastructure built by developer Trenport Investments and aided by £19.5 million of loan funding from the Government’s Homes & Communities Agency, the bridge serves the future residents of Peters Village, plus the existing villages of Wouldham, Burham and Eccles on the river’s east bank and Halling on the west.

Halling and Wouldham are closest to the bridge and were previously 25 minutes apart by road, a foot ferry having stopped running in the 1960s. The villages were also briefly connected by a military Bailey Bridge during World War II.

The Lord Lieutenant, who said he was pleased to note how the project had been completed within budget and on time, unveiled a plaque to mark the opening of Peters Bridge, named after the family who ran the area’s former cement works and quarries and a new 1,000-home community known as Peters Village, now arising from this brown field site.

The Lord-Lieutenant said at the opening ceremony: ‘The ceremonial county of Kent is an assortment of differing communities, this new link will make the borough of Tonbridge and Malling, and the unitary authority of Medway, more accessible to each other. As Lord-Lieutenant my mantra has always been that Kent is best talked about as a whole rather than a sum of its differing parts. This bridge will give further impetus to proving we are a united county.’