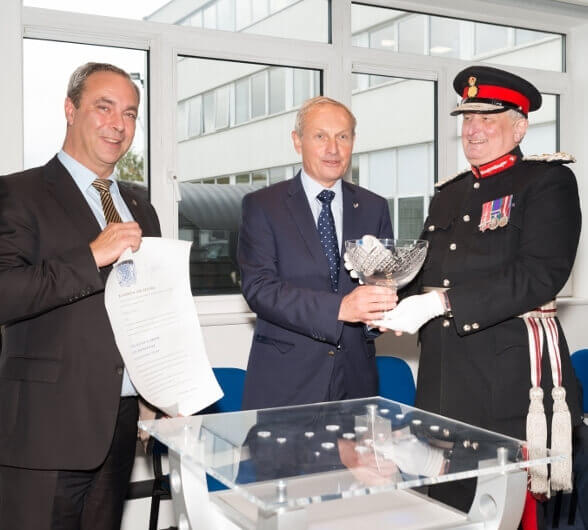 A manufacturer of plastic pipe systems which exports around the world has been honoured with a Queen’s Award for Enterprise  for its international trading achievements. The Queen’s Award for Enterprise is given to businesses to recognise outstanding achievement. Polypipe Terrain which has a base in Aylesford, was presented with the award by the Lord-Lieutenant of Kent at its New Hythe Business Park site which employs more than 400 staff at the premises, being the main hub for its international exports.  During the ceremony the citation was read by Mr Bill Cockcroft DL and the award was presented to Mr David Hall, the company’s CEO, by the Lord-Lieutenant.