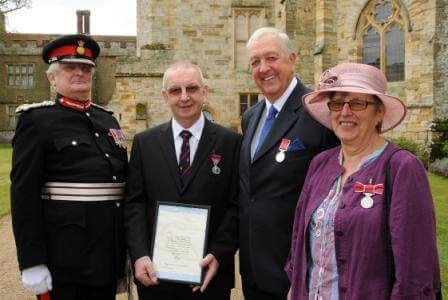 The Lord-Lieutenant held an Investiture at Penshurst Place on the 17th April, 2013, to award  the British Empire Medal (BEM) to Mr Peter  Barrell and Mrs Anne Hawkins who were listed in the New Year Honours.

Additionally Mr Bernard Thompson was presented with the Imperial Service Medal (ISM)  following his retirement from the Civil Service after 40 years service.