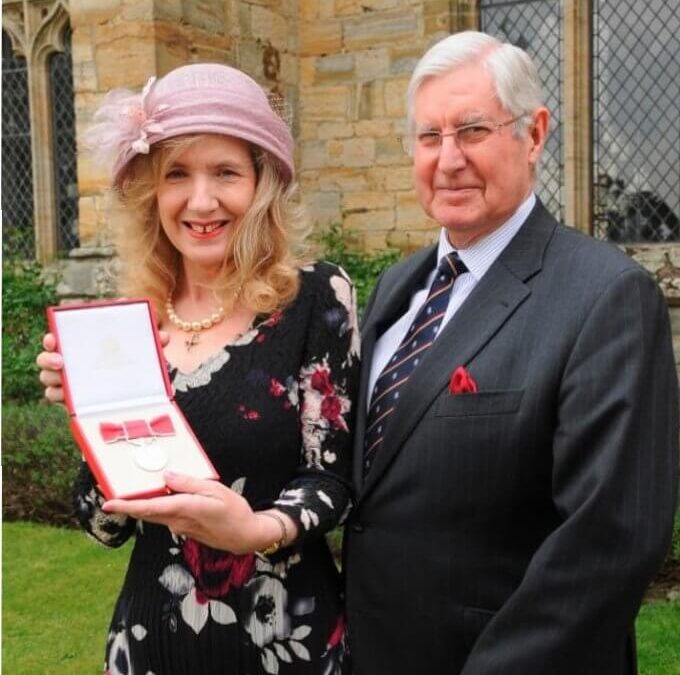 Kent’s finest were recently honoured by The Queen with the presentation of their British Empire Medals (BEM). Chosen for their tireless community work and dedication, the 6 recipients were presented with their awards by Kent’s Lord-Lieutenant, Viscount De L’Isle MBE, The Queen’s representative in the county, at a special ceremonial event at his home, Penshurst Place near  Tonbridge on Tuesday 29 April.

Mrs Bradley, from Horton Kirby, was awarded the British Empire Medal for over 44 years’ service to the community of Horton Kirby, including being a Scout Leader for 40 years with the local Scout Group.  Since 1984 she has been involved with the Ellenor Lions Hospice and is an active volunteer and ambassador to the Hospice.

Mr Alan Castle from Ashford was recognised for services to music and heritage and has dedicated over 20 years to organising the annual Folk Day in Tenterden which has grown from being a very small occasion to a four-day annual event.

Mr Michael Dunning from Whitstable, had his 30 year dedication to the Brunswick Youth Club in Fulham recognised with a British Empire Medal for services to young people in the London area. His involvement with the Club has seen the membership grow to its full capacity with a waiting list for those wishing to join.

Mrs Michele Jones from Romney Marsh has dedicated 18 years to improving the lives of many young, vulnerable people in Kent, particularly in the Romney Marsh area.  Her work with many youth clubs in the County is much valued and it is for her work with the young people that she has been recognised.

Mr Andrew Osborne from Faversham has been honoured for his services to the Almshouses Sheltered Accommodation in Faversham and his Chairmanship of the Faversham Municipal Charities for over 10 years.

Mrs Janet Tootal from West Malling  has been recognised with the British Empire Medal for over 12 years dedicated support to the veterans of the Battle of Britain (known as ‘The Few’).   She organises many fundraising events for the Battle of Britain Trust and she is held in high regard by the veterans and their families. In presenting the medals, the Lord-Lieutenant congratulated the recipients, on behalf of The Queen, for their dedicated work on behalf of others.