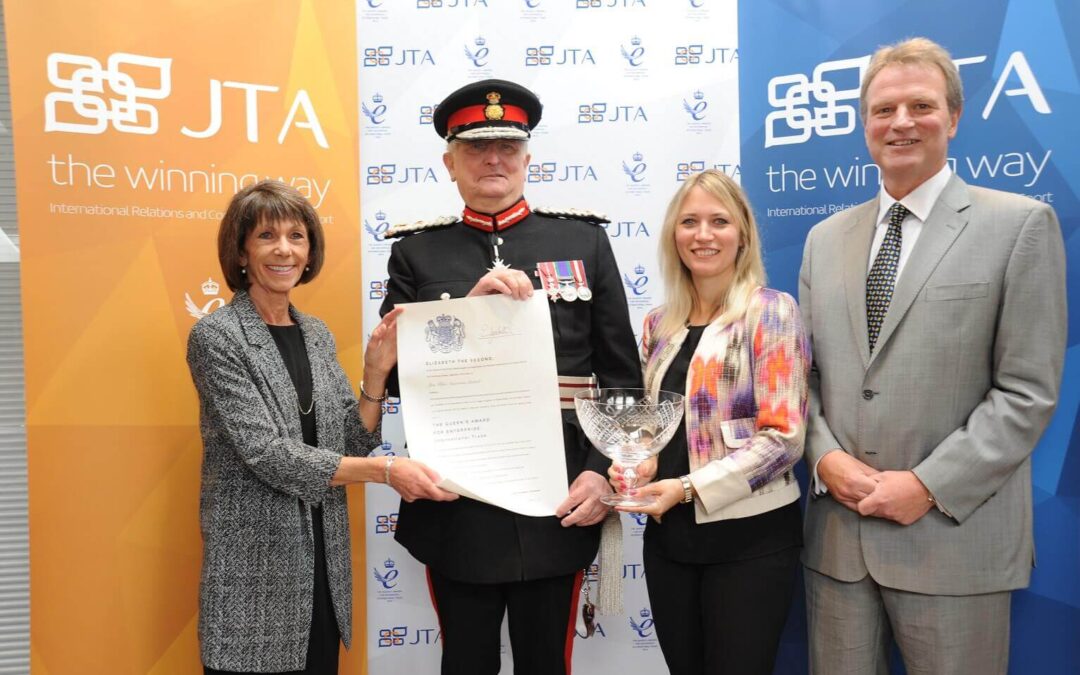 The Lord Lieutenant of Kent, Viscount De L’Isle MBE, presented one of the world’s leading sports communications agencies, JTA, with the Queen’s Award for Enterprise in International Trade on 2nd October. It follows a record-breaking year which saw their exports rising by over 20 per cent.

JTA is based in Speldhurst Business Park and over 90 per cent of its staff come from Tunbridge Wells.The Lord Lieutenant formally conferred the award to JTA – one of only three companies in Kent to win it – with a grant of appointment and a presentational crystal bowl.

Jon Tibbs, founder and chairman of JTA, said: “Winning a Queen’s Award is the highest honour that can be bestowed on a UK company and testament to our hard work and growth in emerging global markets. This is a very exciting time for JTA and for all British companies working in the sports sector. More and more nations are identifying sport as a way of building their profile on the international stage and this provides numerous opportunities for UK exporters to grow their business.”