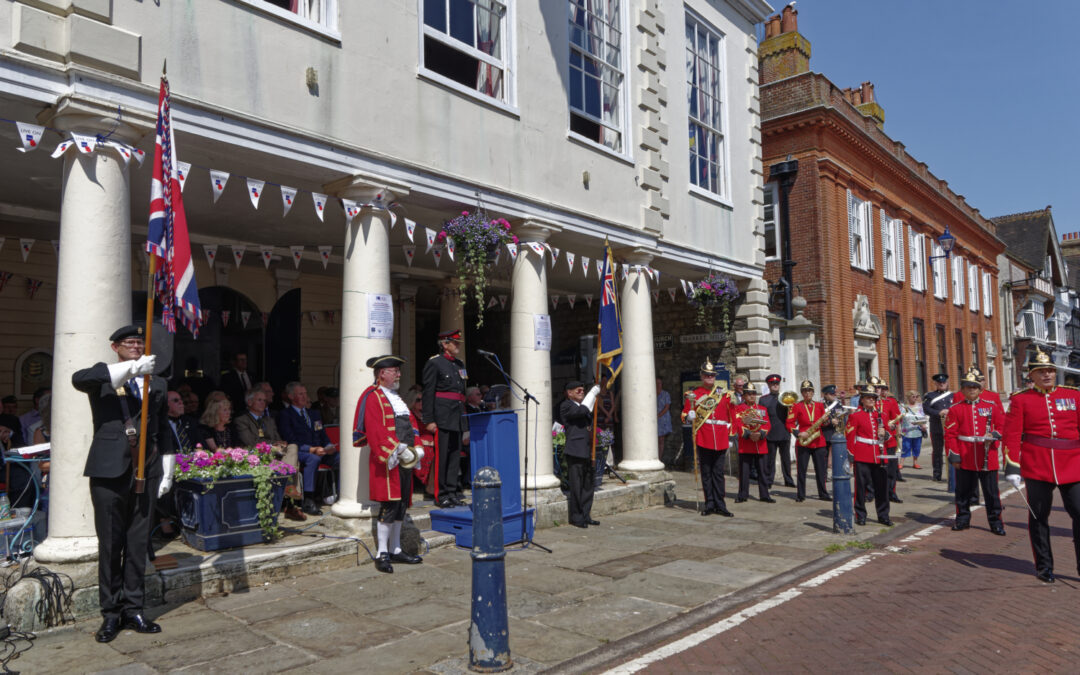 On Saturday 24 July, the Vice Lord-Lieutenant (retd) Trevor Minter OBE DL joined veterans and other guests representing the organisations which have supported the RBL locally over the years, to mark the centenary anniversary of the Royal British Legion Hythe and Saltwood Branch, founded on 30 June 1921.

Guests were able to enjoy the sound of the regimental band of the Princess of Wales’s Royal Regiment as they proceeded to the Town Hall, Hythe where they performed a programme of musical entertainment, accompanied by the Military Wives Choir, Shorncliffe.  It was a wonderful afternoon which brought a true sense of celebration to the town.

The Vice Lord-Lieutenant gave thanks to the band and choir and wished the RBL well as they start out into their next century.